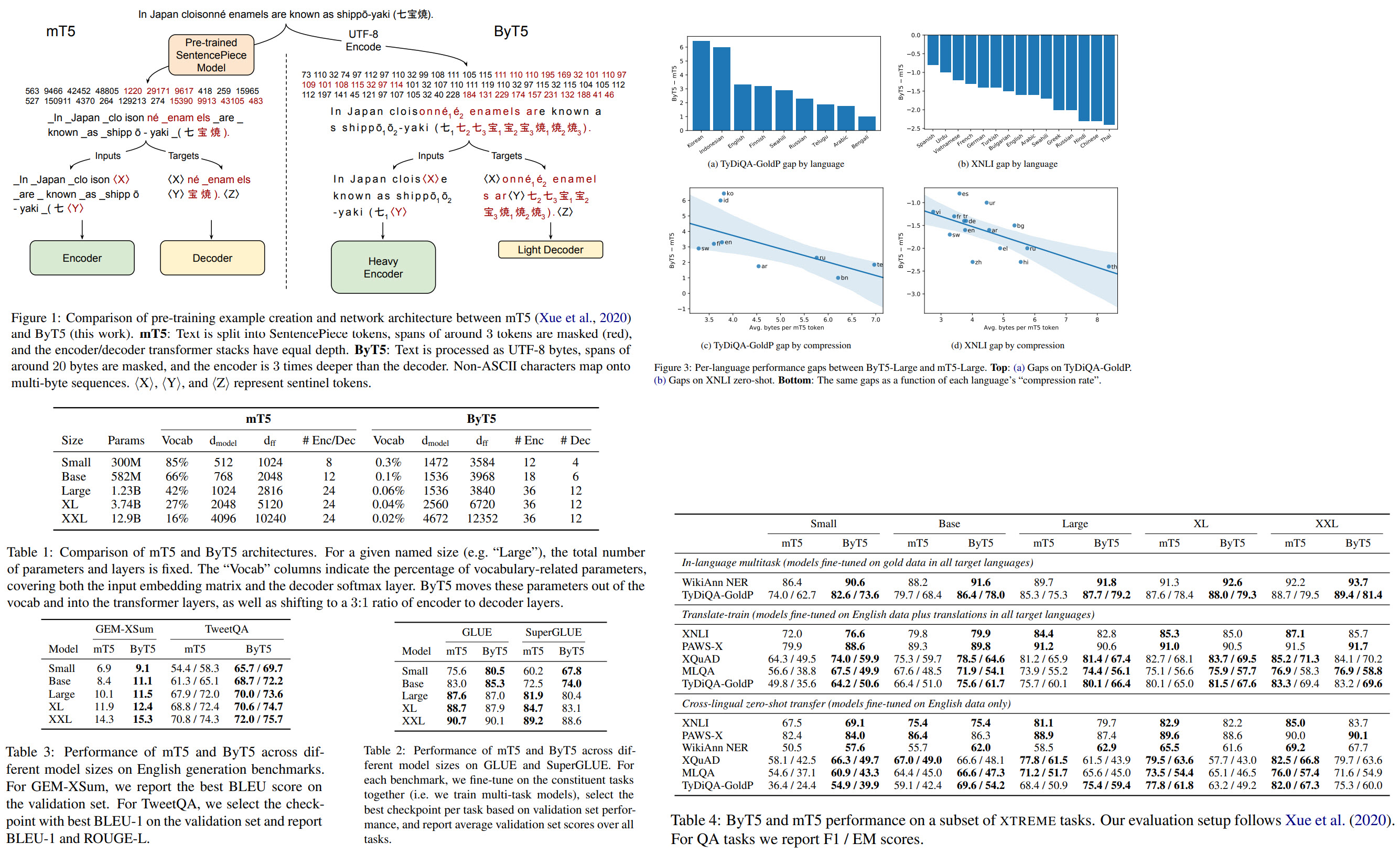 A new interesting paper by Google Research. The authors suggest an alternative to using a tokenizer - training a model on the texts converted into bytes. Token-free models can work with any language, are more robust to the noise, and don’t require preprocessing. They use a modified mT5 architecture and show that their approach is competitive with token-level models. 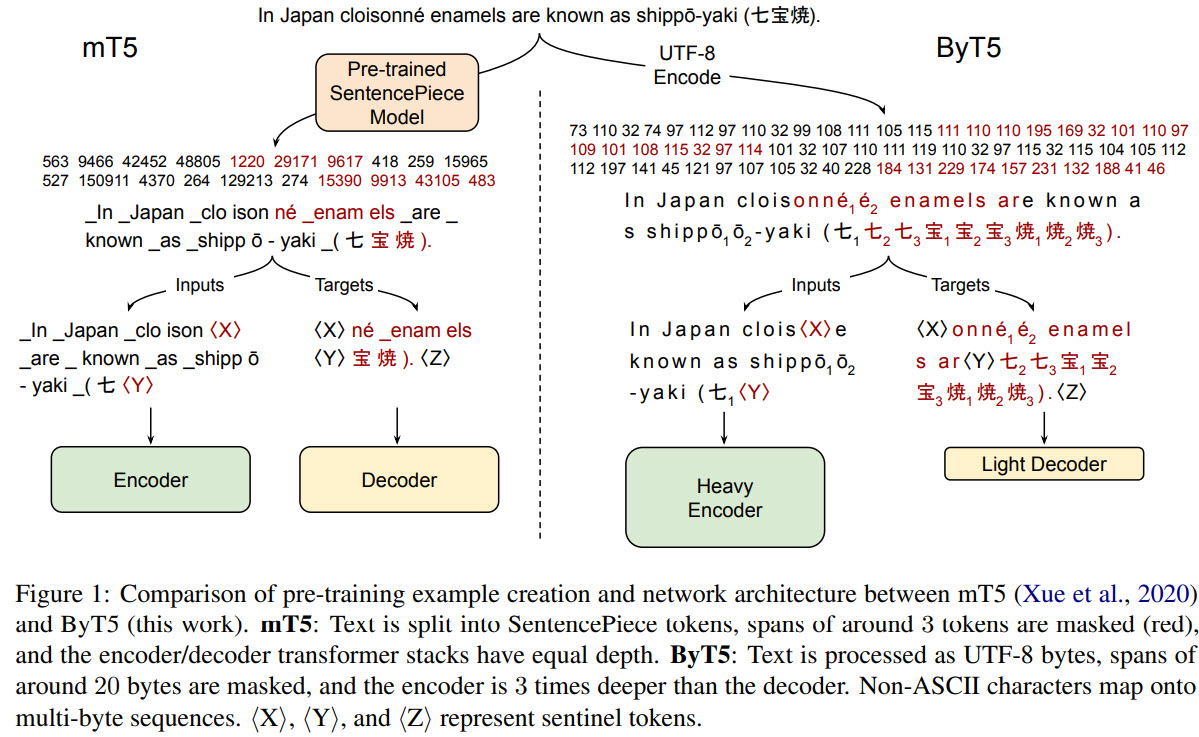 On the tokenization and the alternatives

The most common way of representing the text for using in models is by creating a tokenizer. The main issue of this approach is dealing with out-of-vocabulary words. In the case of word tokenizing, we usually replace unknown words with a special <UNK> token, thus not being able to distinguish different new words. A more advanced approach is subword tokenizing. The downside of this approach is that typos, variants in spelling and capitalization, and morphological changes can result in different representations. And unknown subwords for new languages will be out-of-vocabulary.

The idea of token-free models isn’t the novel - it was explored in CANINE, for example. Converting the text into a sequence of bytes allows the model to work on arbitrary sequences of texts. Another benefit is that we don’t need a huge vocabulary matrix and thus can use more parameters in the model itself. A byte-level model, by definition, only requires 256 embeddings.

The main drawback of byte-level models is that byte sequences are longer than text sequences. Nevertheless, Transformers can be used without huge computational costs.

The authors use a modified mT5 architecture, as the T5 model works on tasks in text-to-text format. 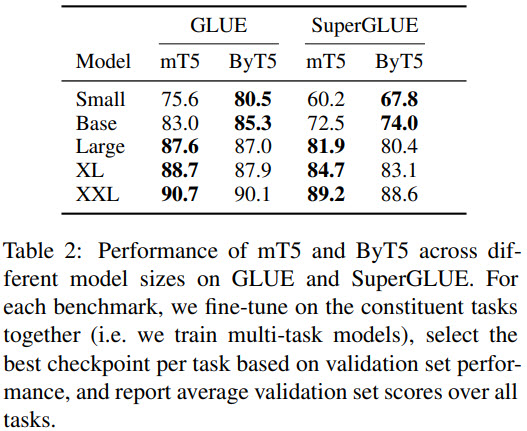 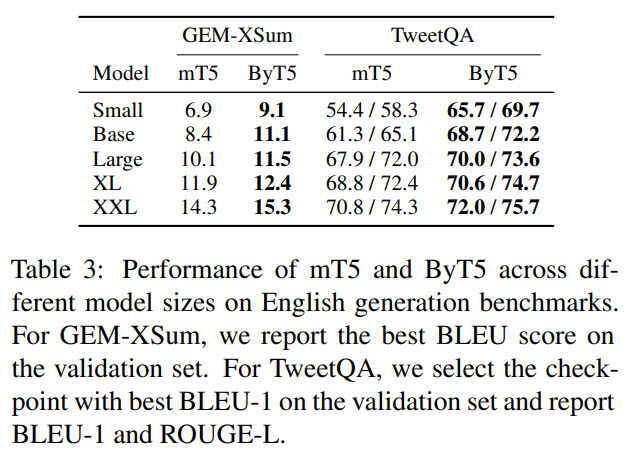 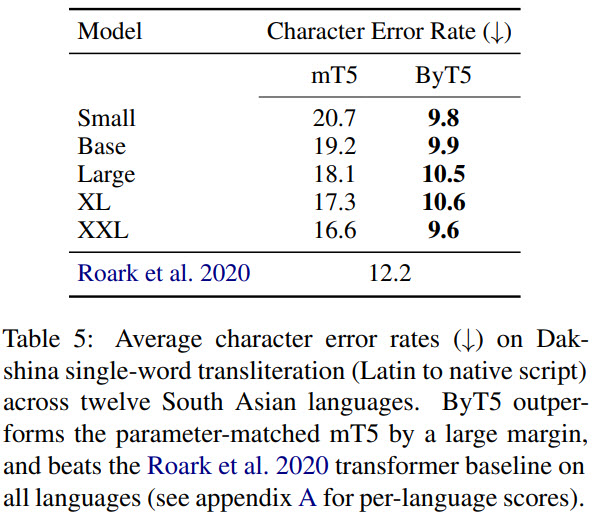 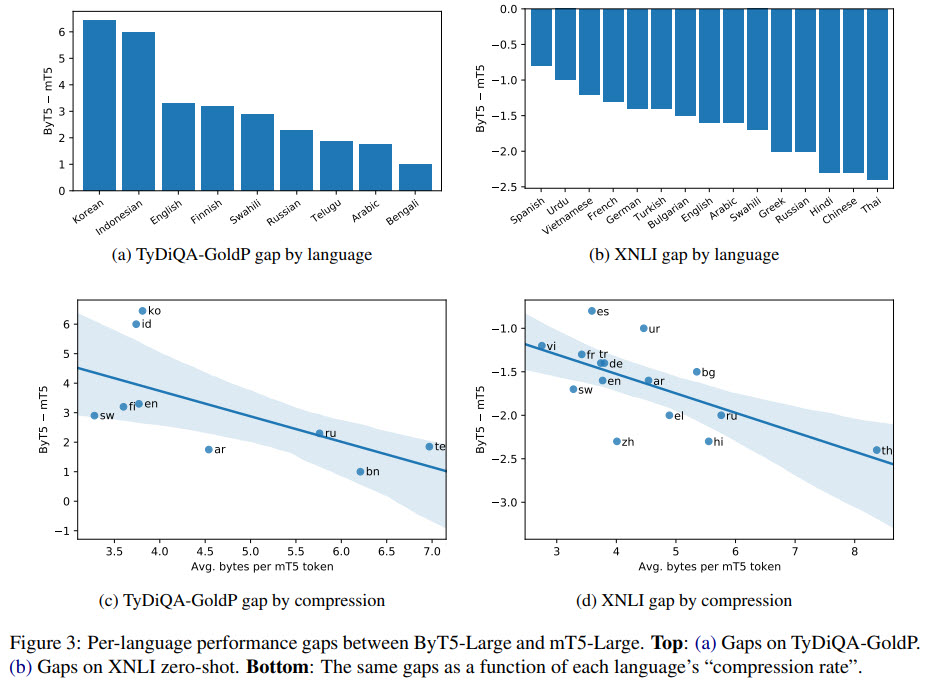 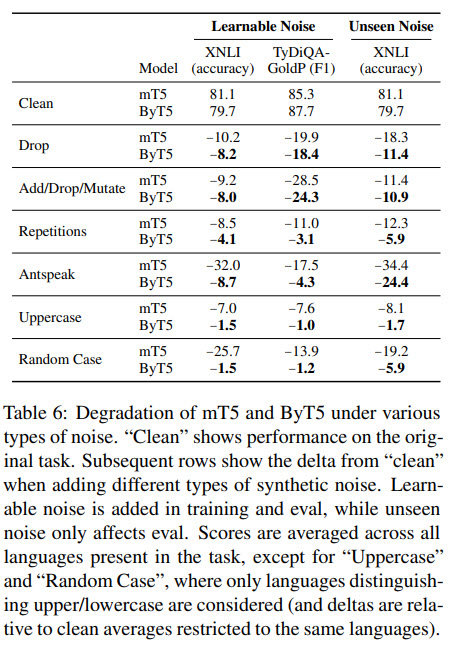 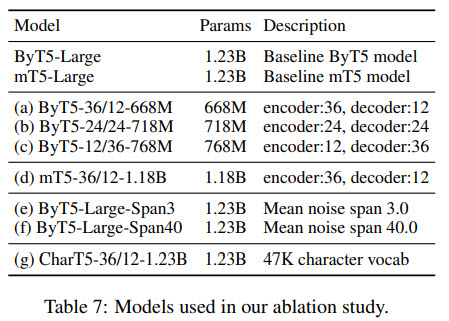 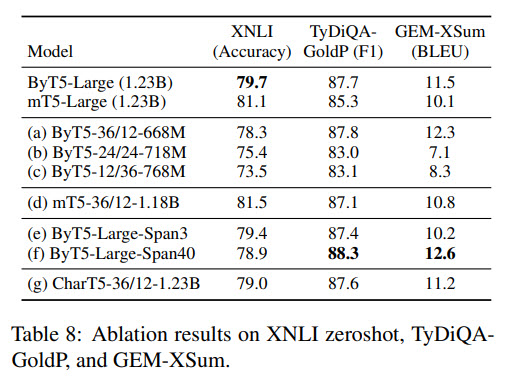 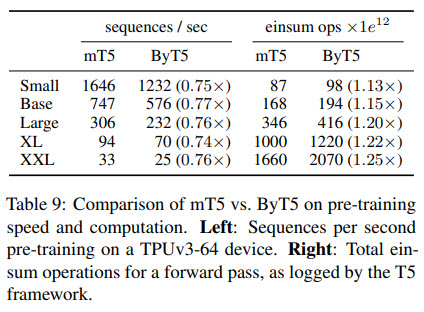 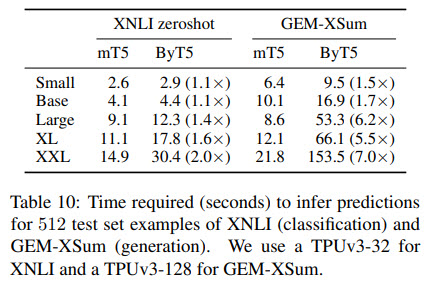 Overall, the authors think that this slowdown could be justified by the benefits of reduced system complexity, better robustness to noise, and improved task performance on many benchmarks.