Code is not available yet. 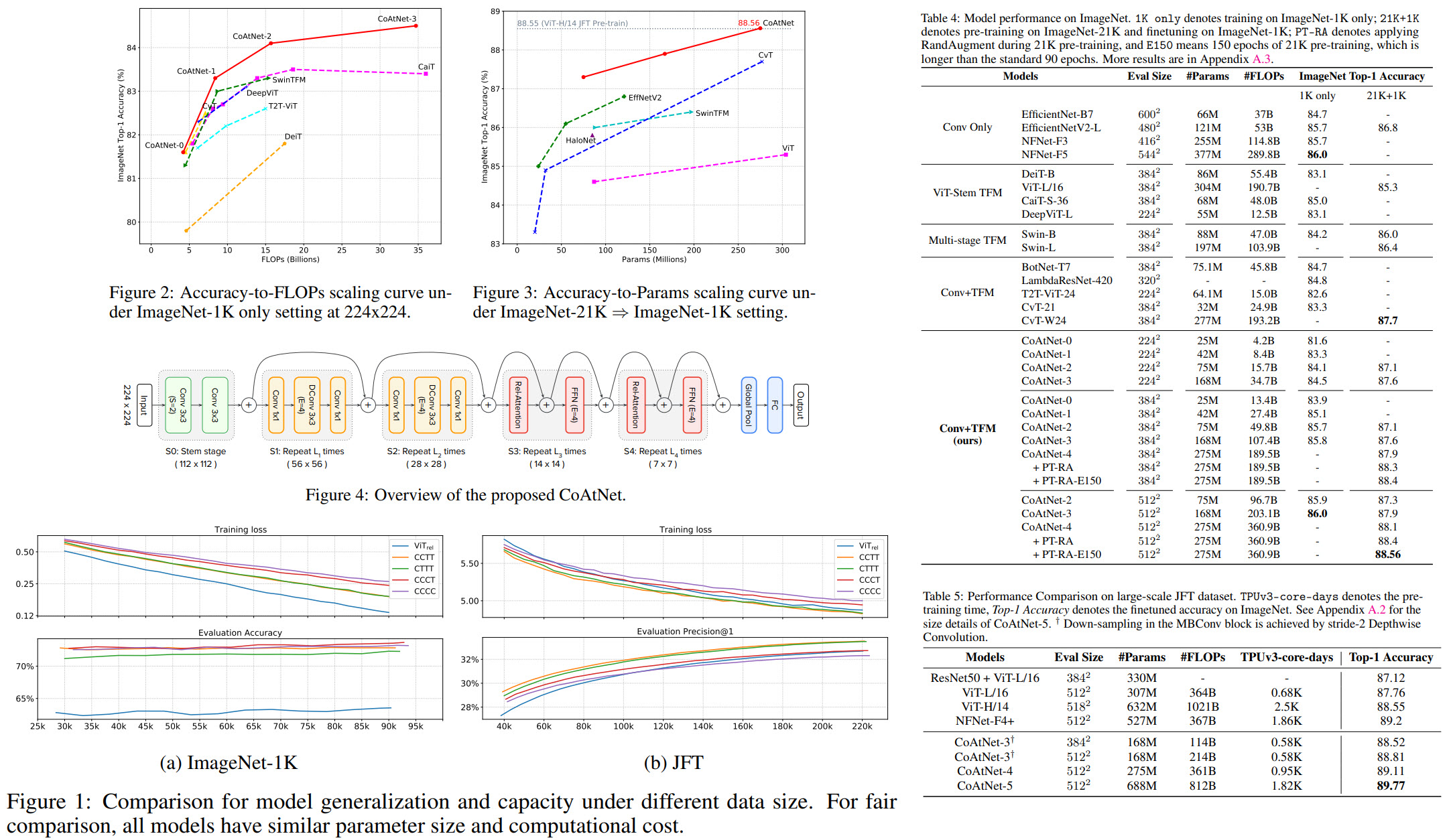 This is one more paper on combining CNN and attention for Computer Vision tasks. The authors (from Google Research) unify depthwise convolutions with self-attention and vertically stack attention and convolutional layers. Resulting CoAtNets work well both in low- and abundant data settings. They achieve 86.0% ImageNet top-1 accuracy without using additional data; using JFT data, these architectures can reach 89.77%.

On convolutions and attention

CNN and transformer-based architectures have different advantages. There were some attempts to combine them, but the authors systematically analyze various approaches to doing this and suggest they own one. The main ideas are the following:

The first problem which needs to be solved is that applying relative attention to the raw input image will be computationally expensive. The authors try two general approaches:

These approaches are evaluated based on two criteria:

There was an additional test: C-C-T-T and C-T-T-T were pretrained on JFT and fine-tuned on ImageNet-1K for 30 epochs, C-C-T-T was better. 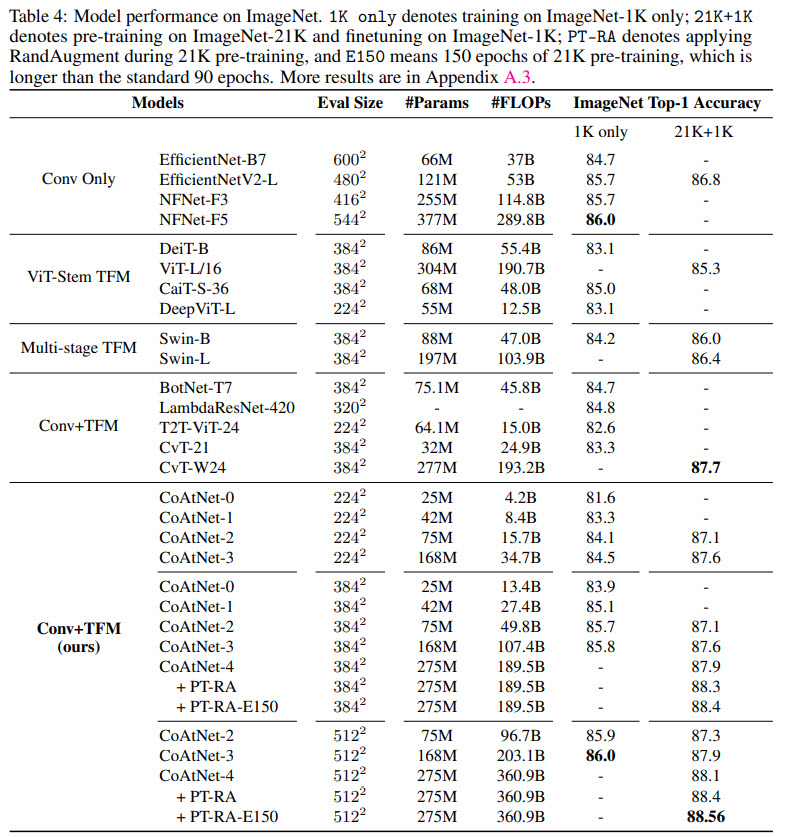 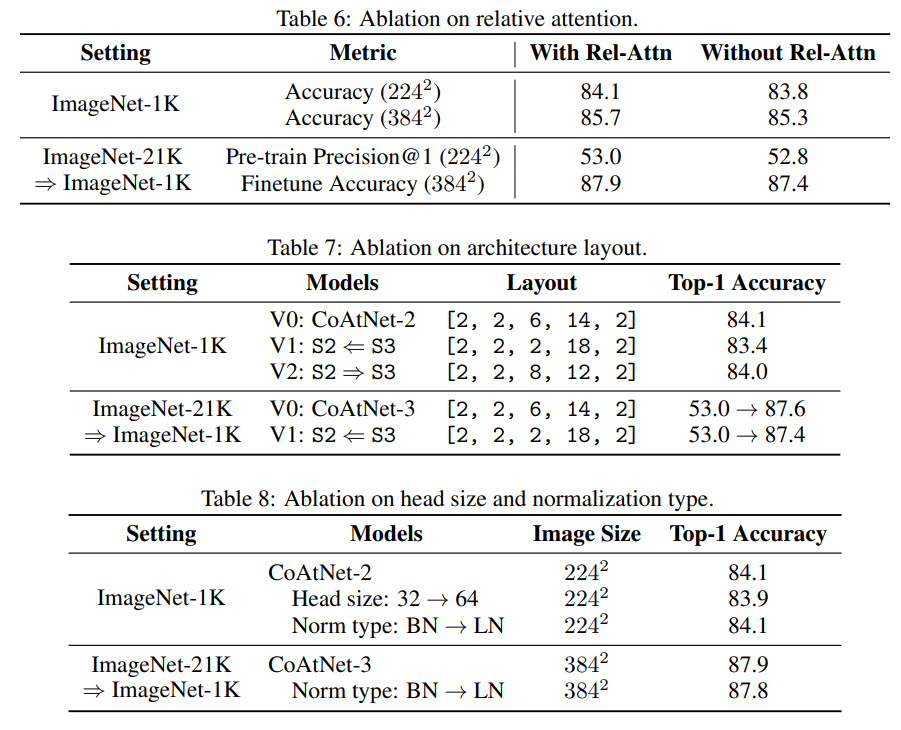 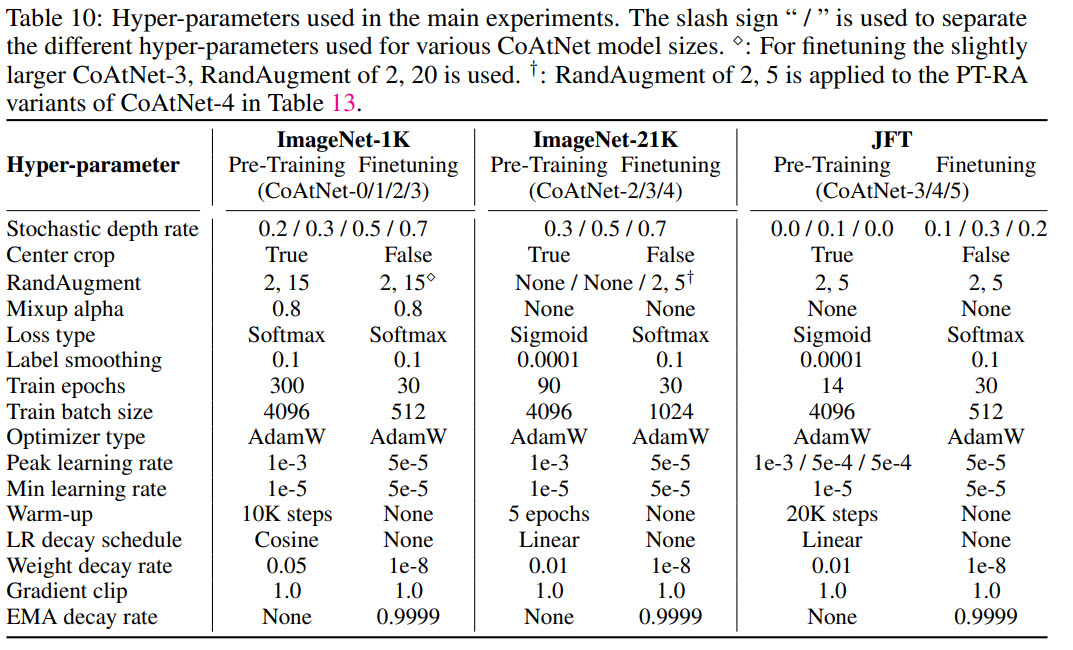