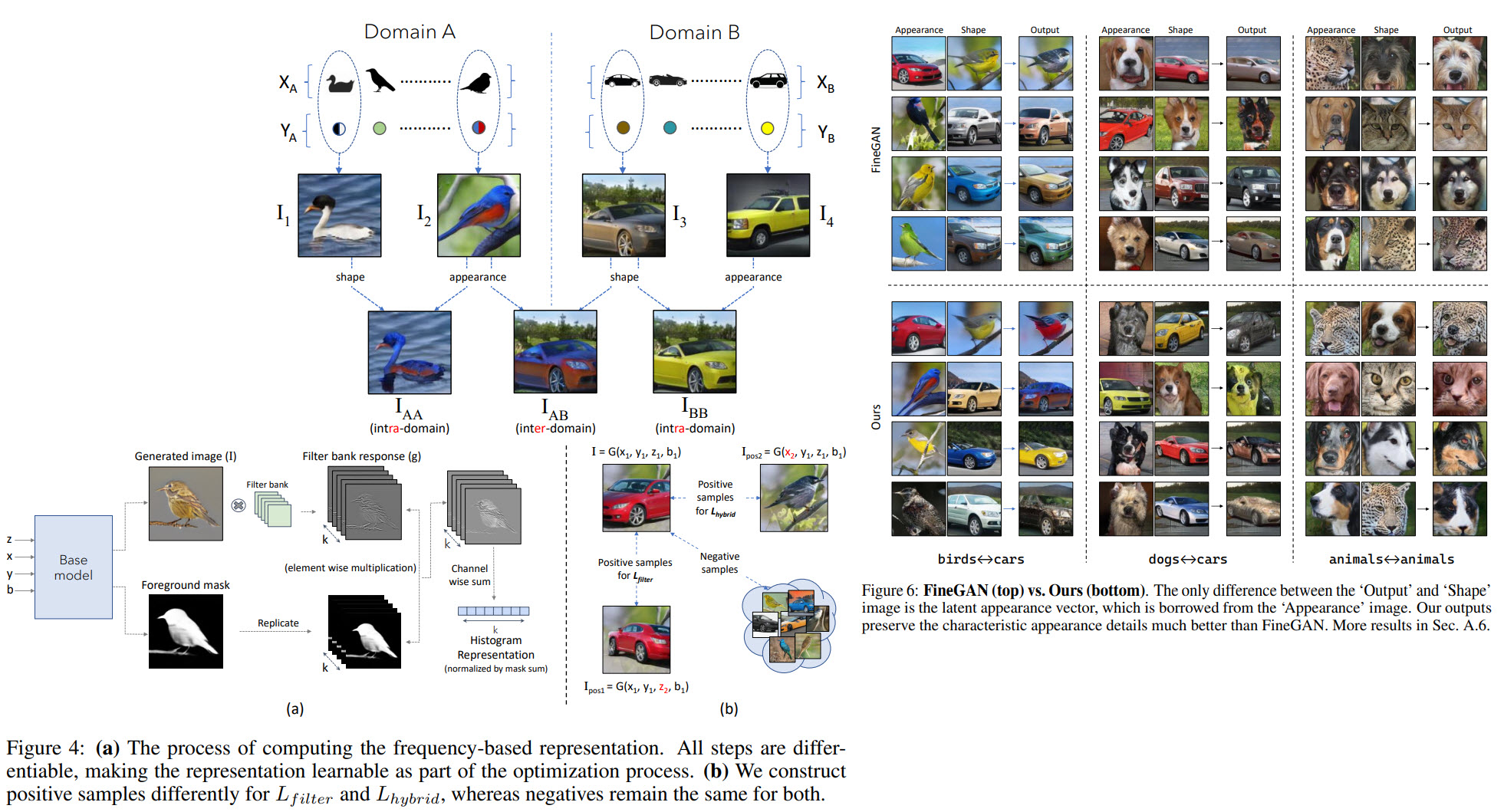 I mean: this is an exciting paper about learning and combining representations of object shape and appearance from the different domains (for example, dogs and cars). This allows to create a model, which borrows different properties from each domain and generates images, which don’t exist in a single domain. The main idea is the following:

There were works disentangling representations of the share and appearance, but they were usually intra-domain - for example, combining a sparrow’s appearance with a duck’s shape (domain of birds).

The main challenge of combining shapes and appearances from different domains is that there won’t be ground-truth for this in our dataset - so the model will penalize such images while training. 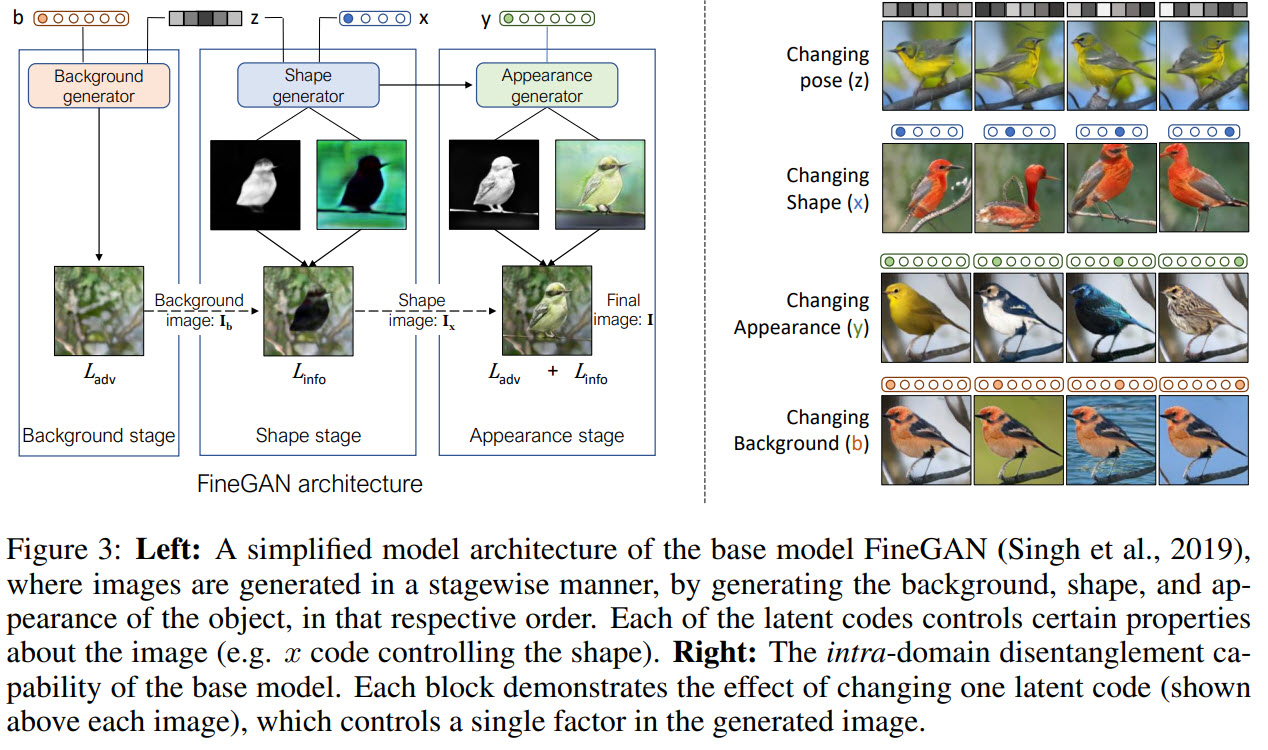 The base model is FineGAN; its main ideas are:

As it was already said: if we generate images with shapes and appearances from different domains, the new images would have a different distribution than the training data and would be penalized.

The authors suggest the following: 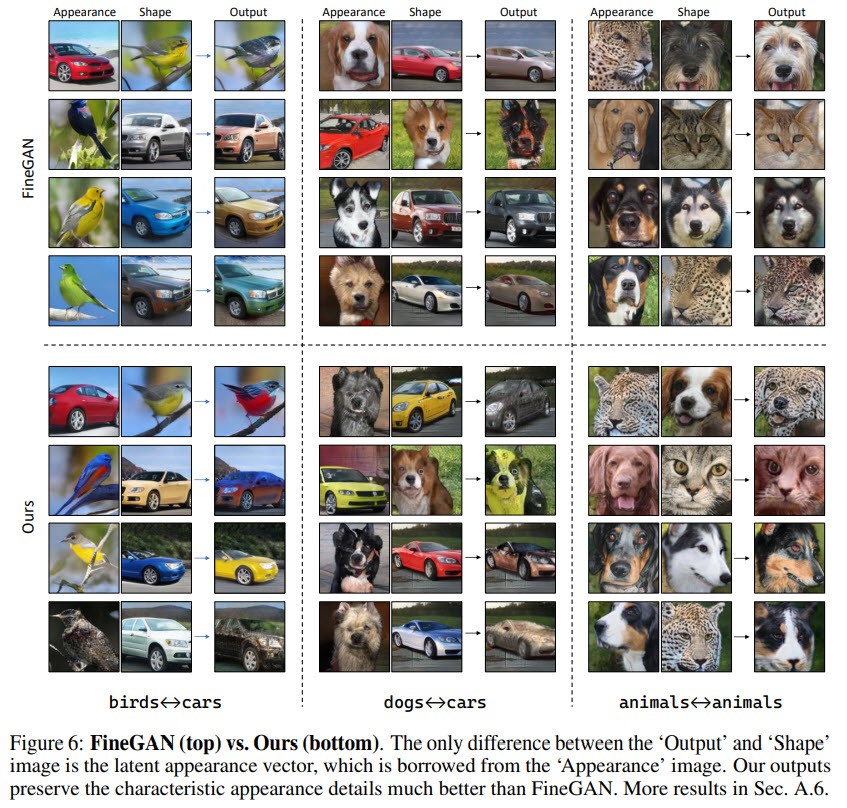 They also show that this approach works better than CycleGAN or some other models: 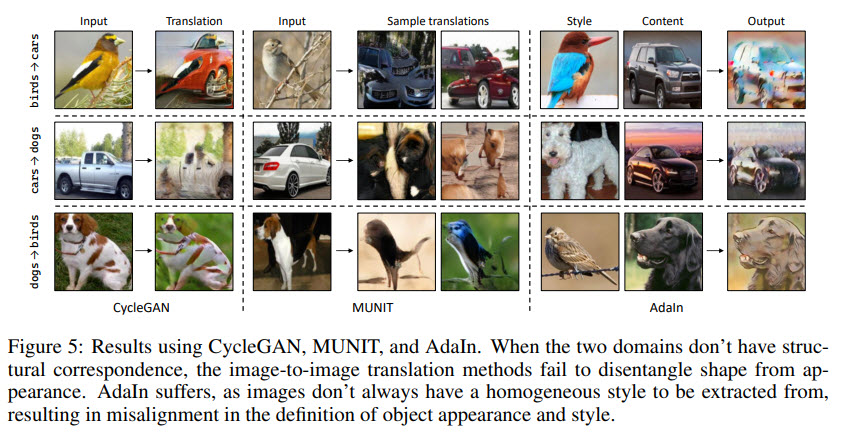 The authors also talk about limitations: