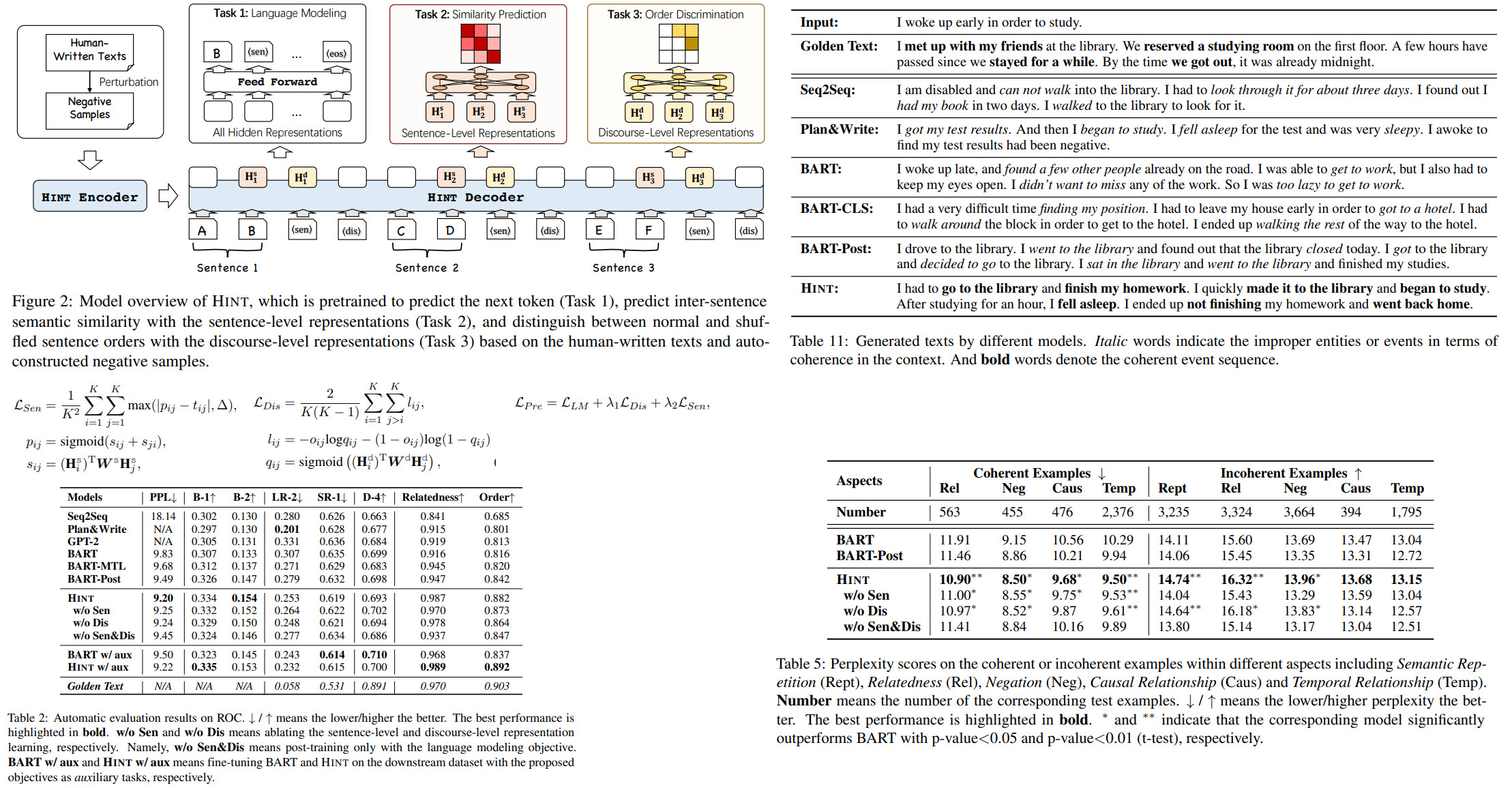 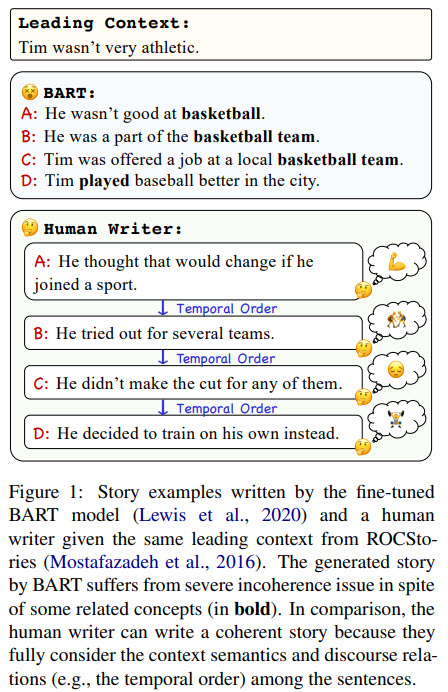 Here we see an example of text generation by BART. While the output is related to the content, it has a number of problems: repetitive plots, unrelated events, conflicting logic. The authors think that one of the causes is that NLG models are rarely trained beyond the token-level co-occurrence, but the semantics and discourse relations are critical in creating a coherent narrative. The authors try to solve this problem with a new architecture and pre-training objectives.

Usually, NLG models train a left-to-right decoder for next word prediction based on the attention to all prefix words. In this model, we insert special tokens at the end of each sentence (if text input has several sentences, we split it) to represent the prefix information at sentence and discourse levels. In fact, it is possible to change this and insert these tokens not after each sentence but after phrases or paragraphs.

The idea is to take the decoder’s hidden states for two sentences and predict their similarity. The golden truth here is a similarity produced by SentenceBERT; the difference between similarities should be less than a given margin (so that hint doesn’t become too similar to SentenceBERT).

They simply try to predict whether the order of two sentences is correct.

The authors augment the training data while pre-training with negative sampling:

BookCorpus dataset is used for pre-training; evaluation is done on ROCStories (ROC) and WritingPrompts (WP). 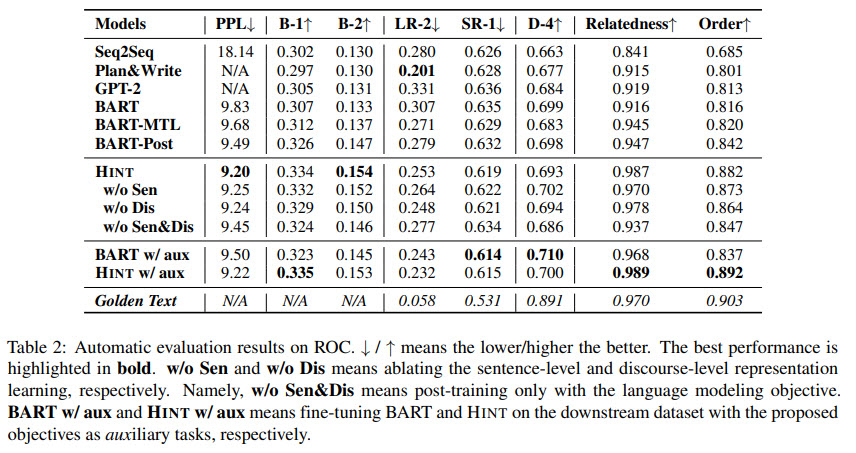 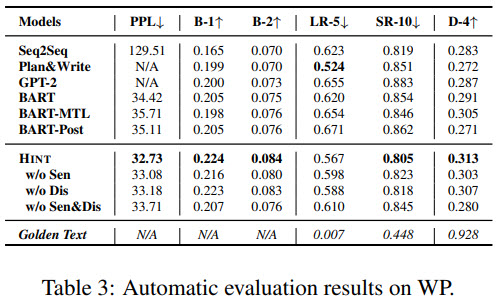 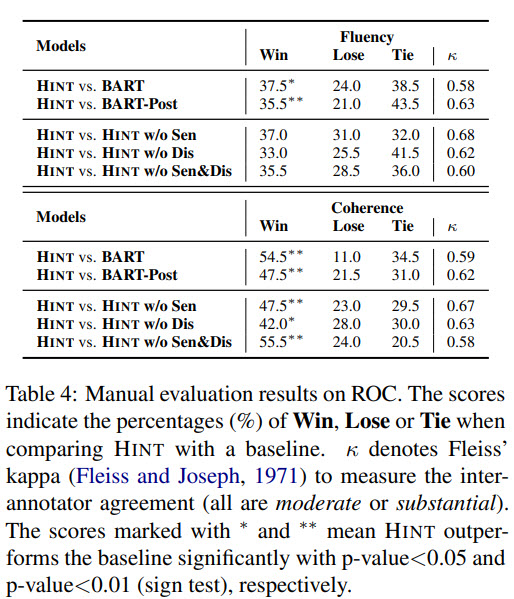 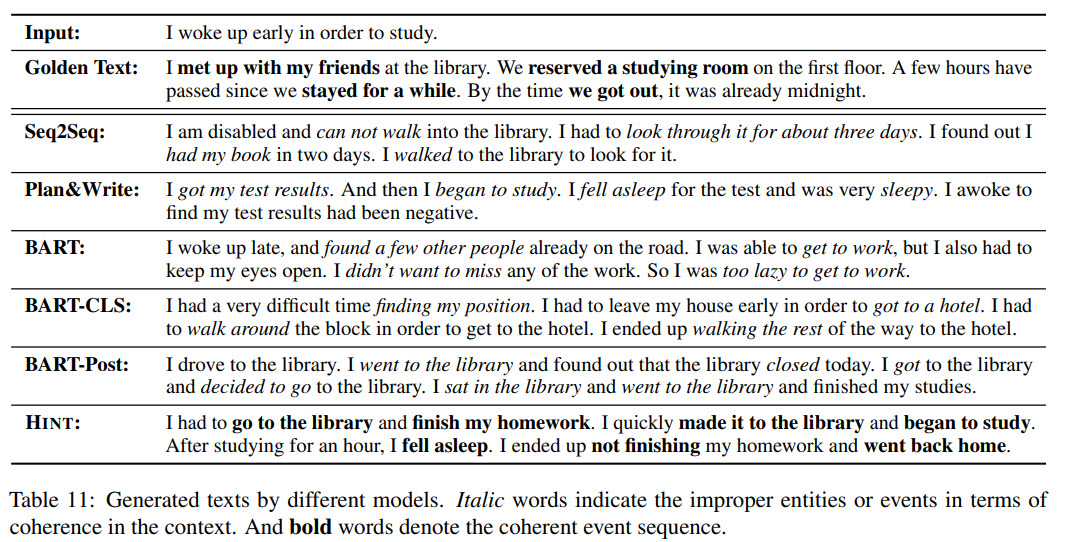