Code link (no published yet) 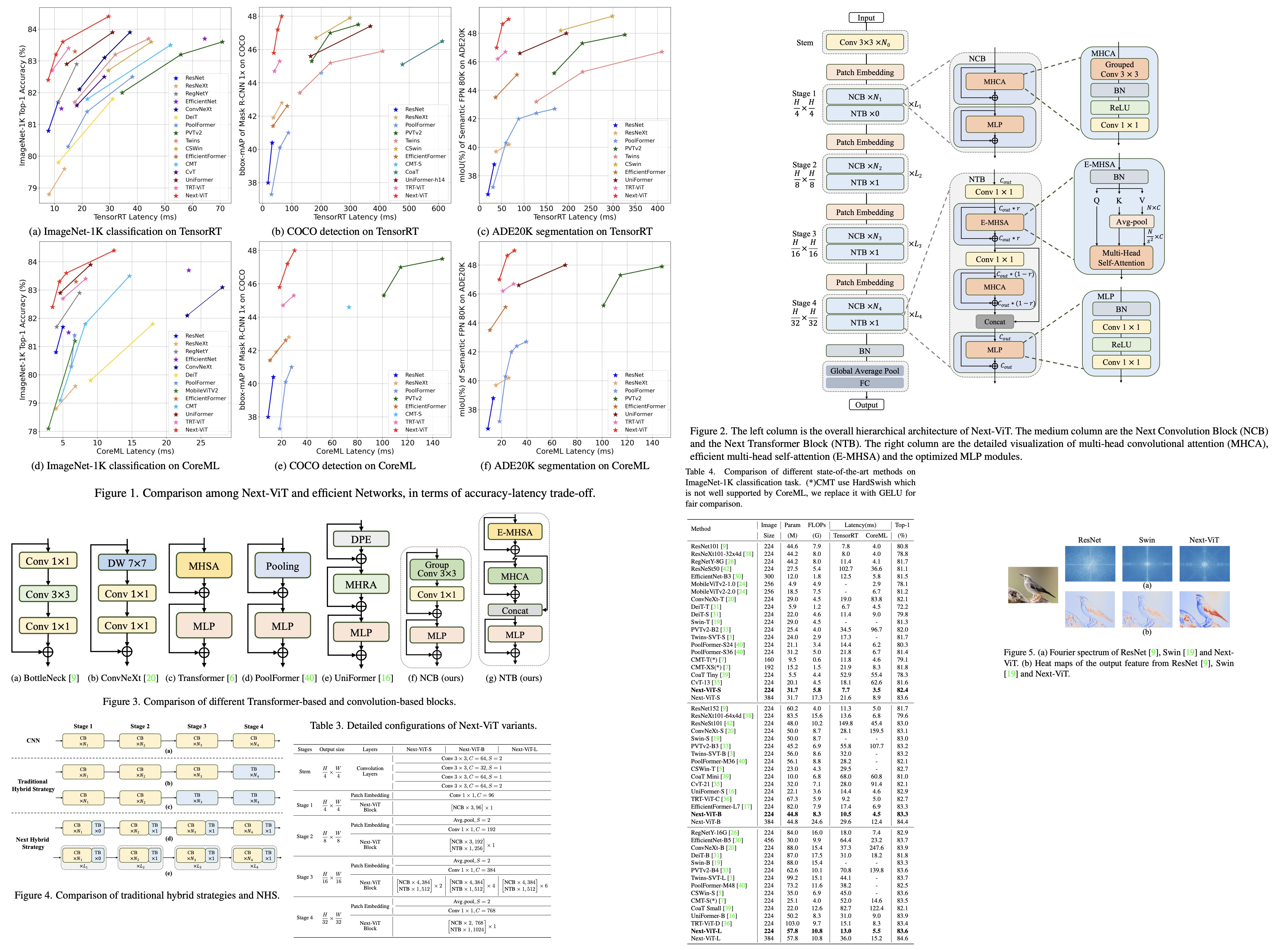 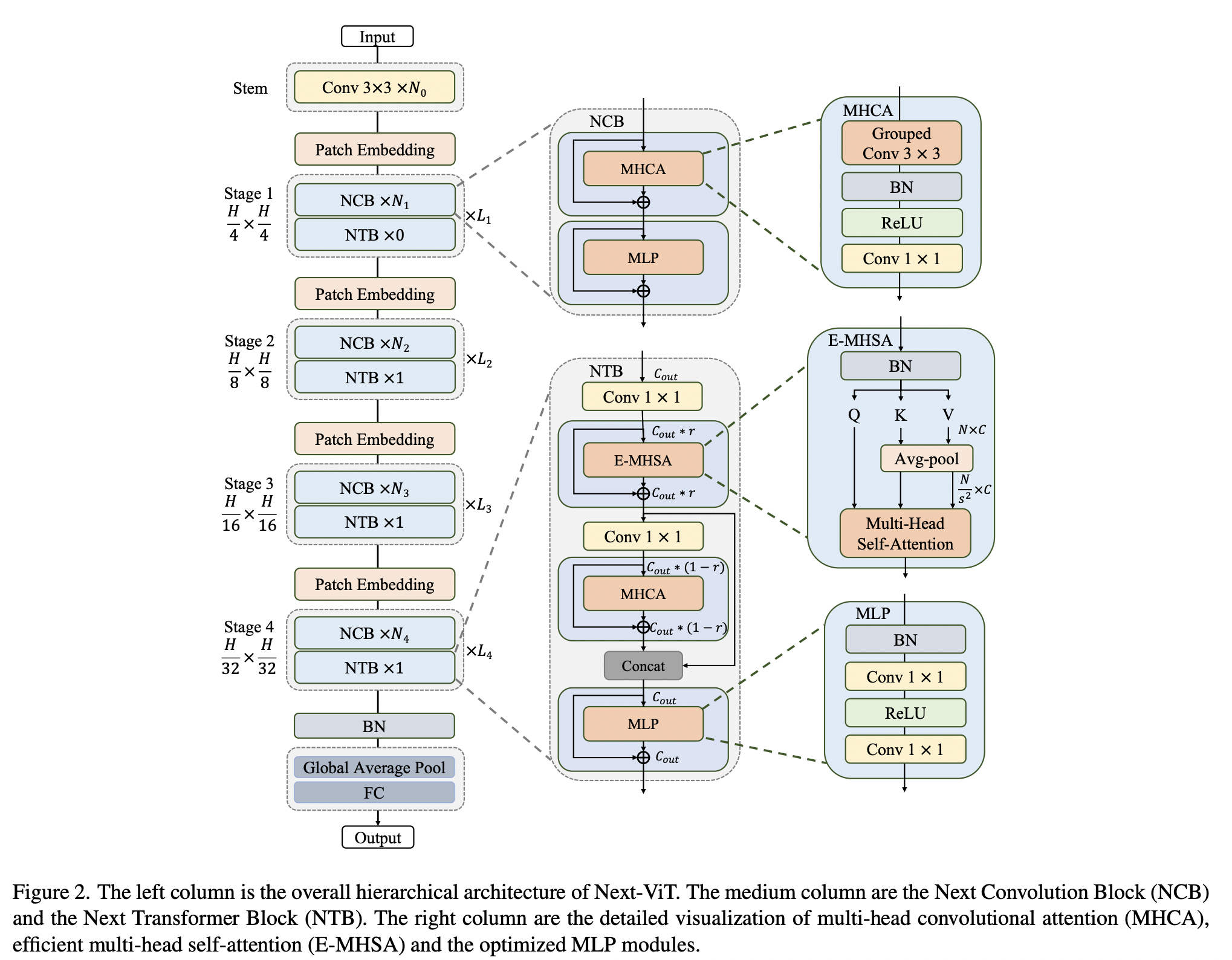 Usual approaches to tackle high latency with ViT models are about designing more efficient attention mechanisms or CNN-Transformer hybrids. Most such hybrids use convolutional layers at the beginning and transformer layers at the later stages. The authors think that such hybrids lead to performance saturation on downstream tasks; furthermore, convolutional and transformer blocks have either higher efficiency or high performance, but not both at the same time.

The authors developed three new components on which Next-ViT is based:

Next-ViT follows the hierarchical pyramid architecture and has a patch embedding layer and a series of convolution or Transformer blocks in each stage. The spatial resolution is progressively reduced by 32× while the channel dimension is expanded across different stages.

The authors suggest the Next Convolution Block:

The structure of the block is the following: 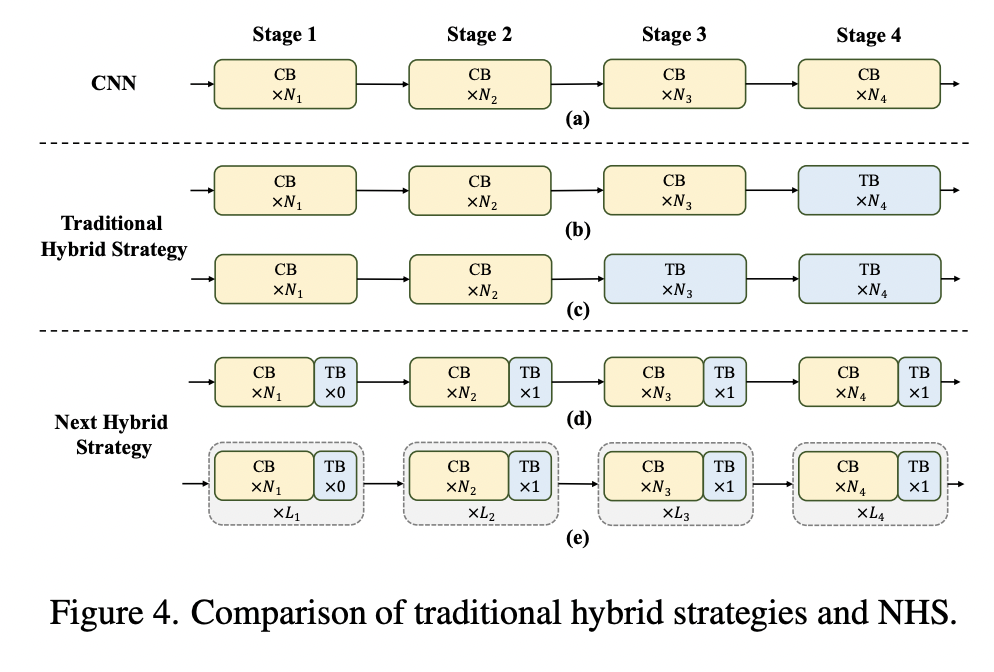 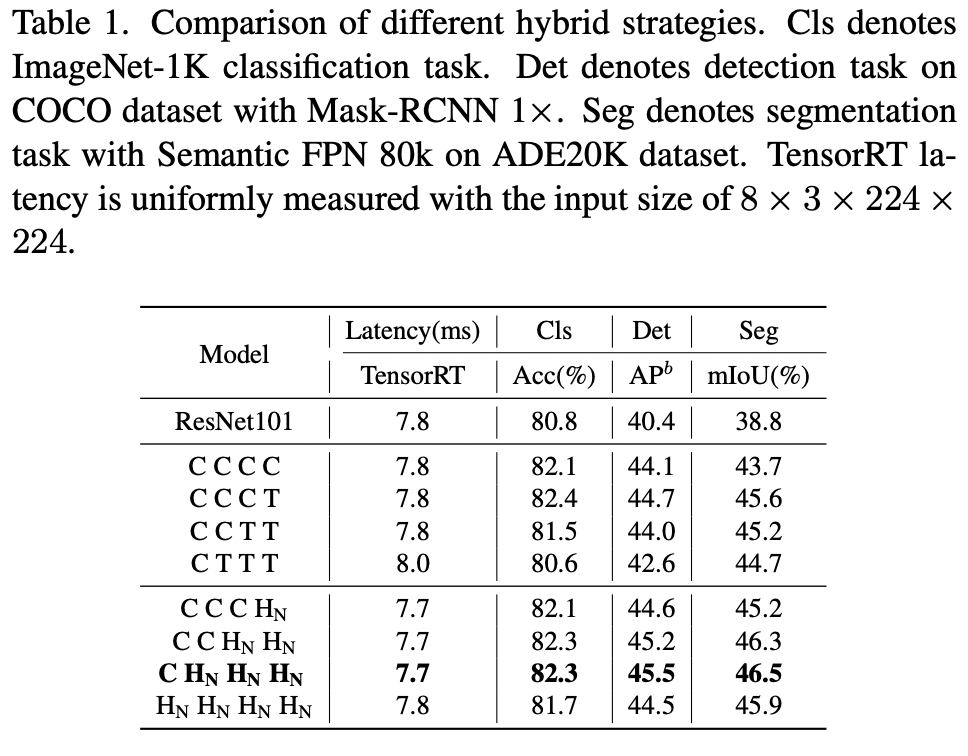 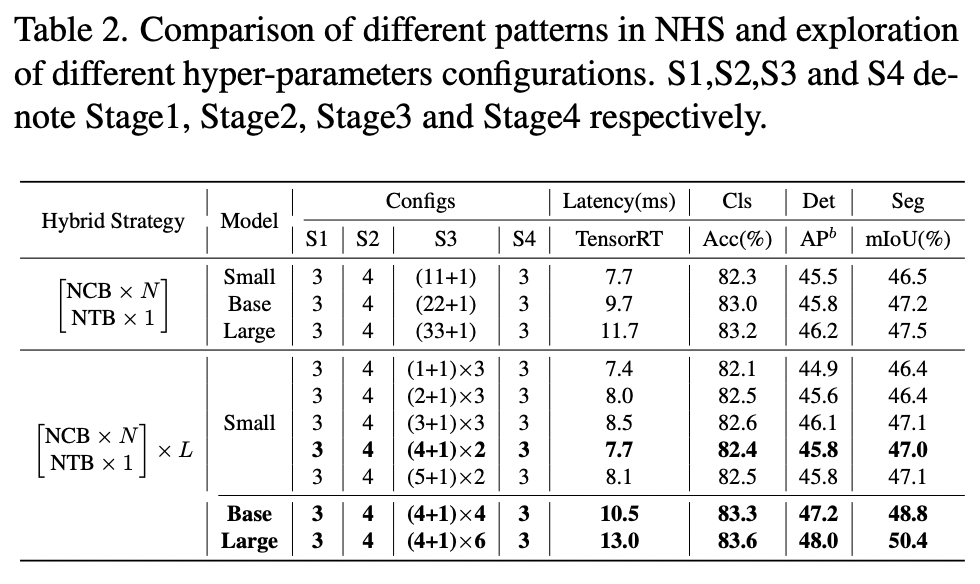 As it was said earlier, usual hybrid strategies use convolutional layers at first and transformer layers at later stages. For classification downstream tasks, this is fine, but for segmentation and object detection, we usually take the outputs from multiple stages - and the outputs from the earlier stages fail to capture global information, which is vital for these tasks.

The authors suggest the following: 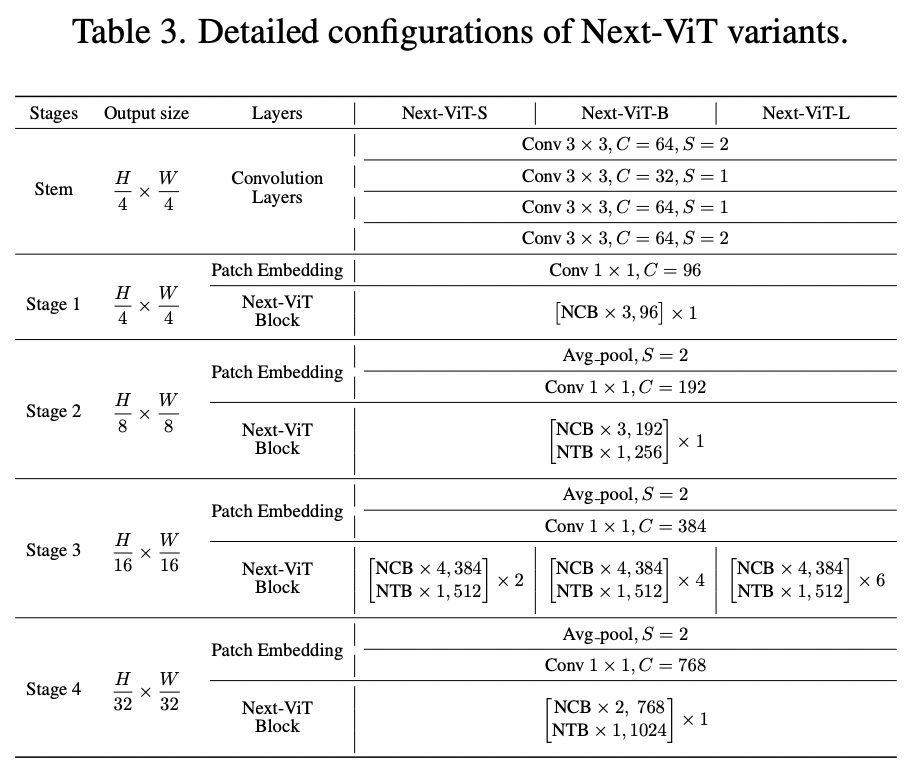 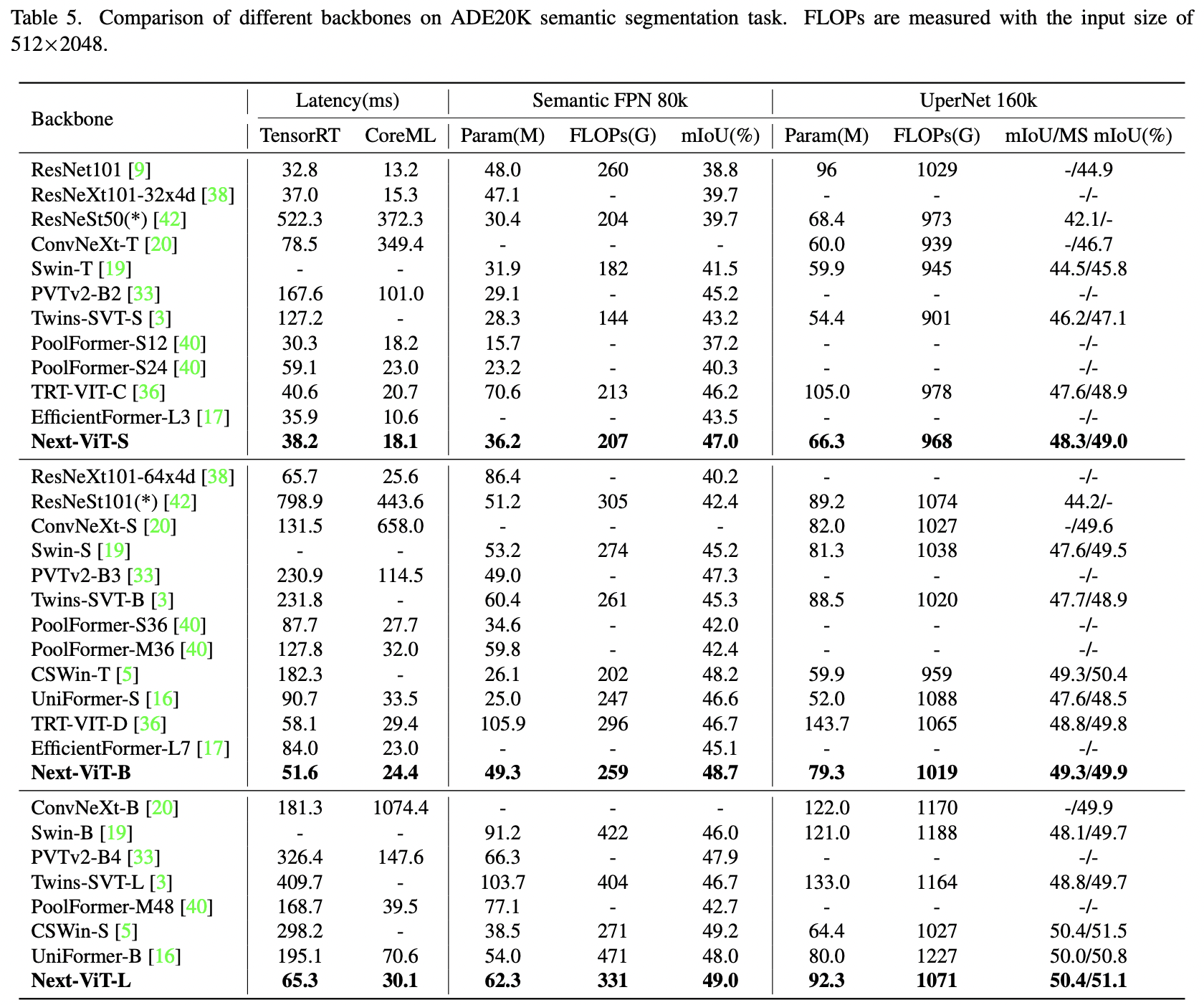 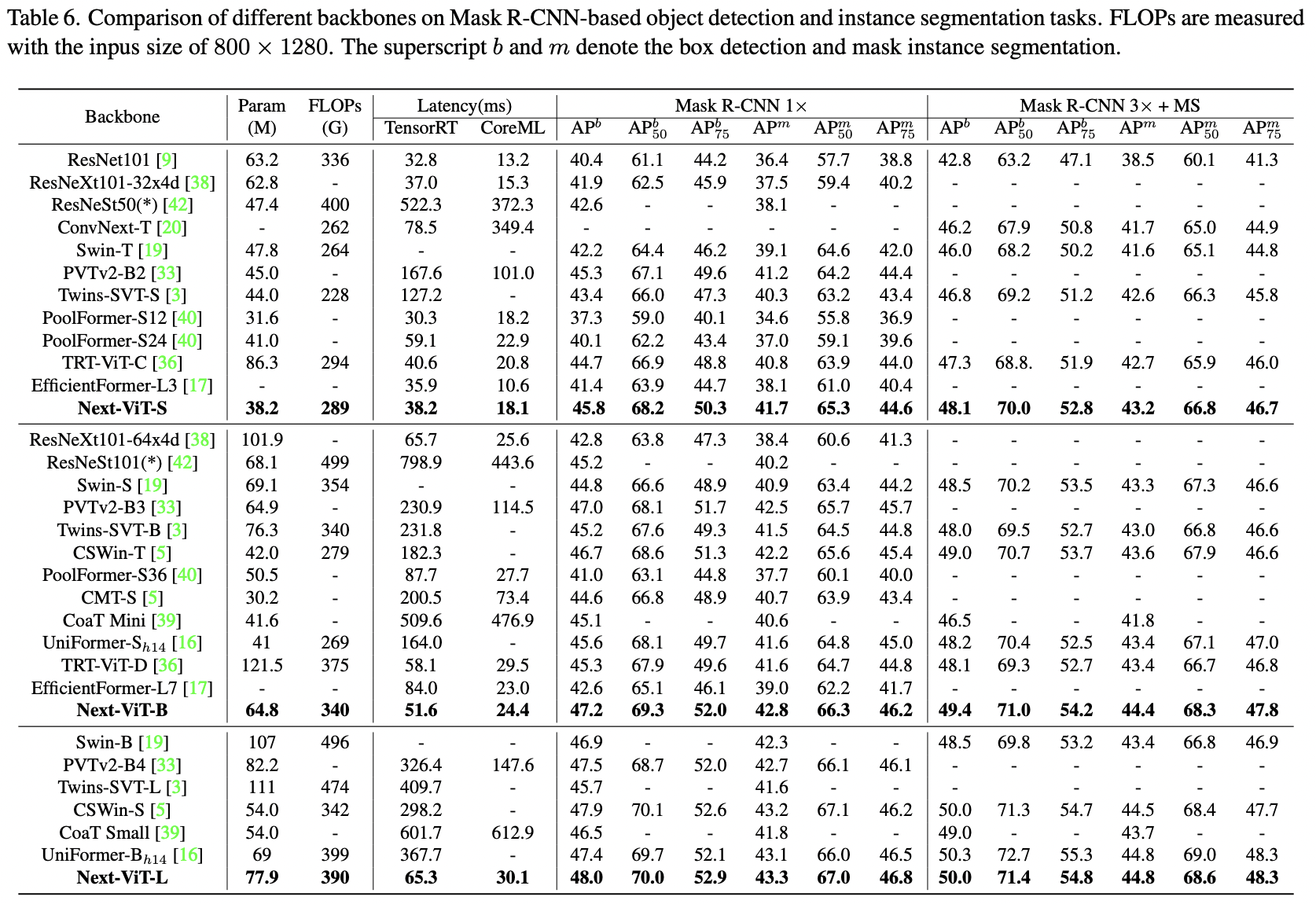 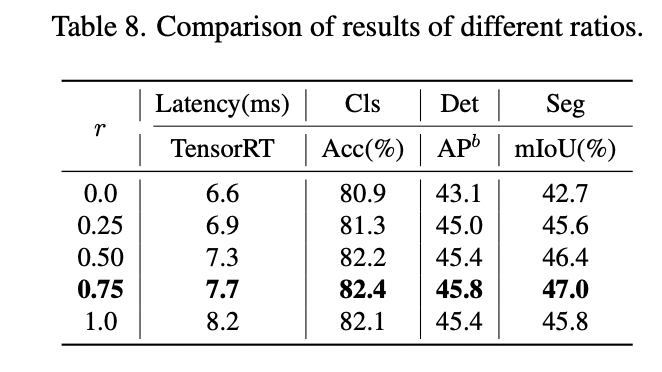