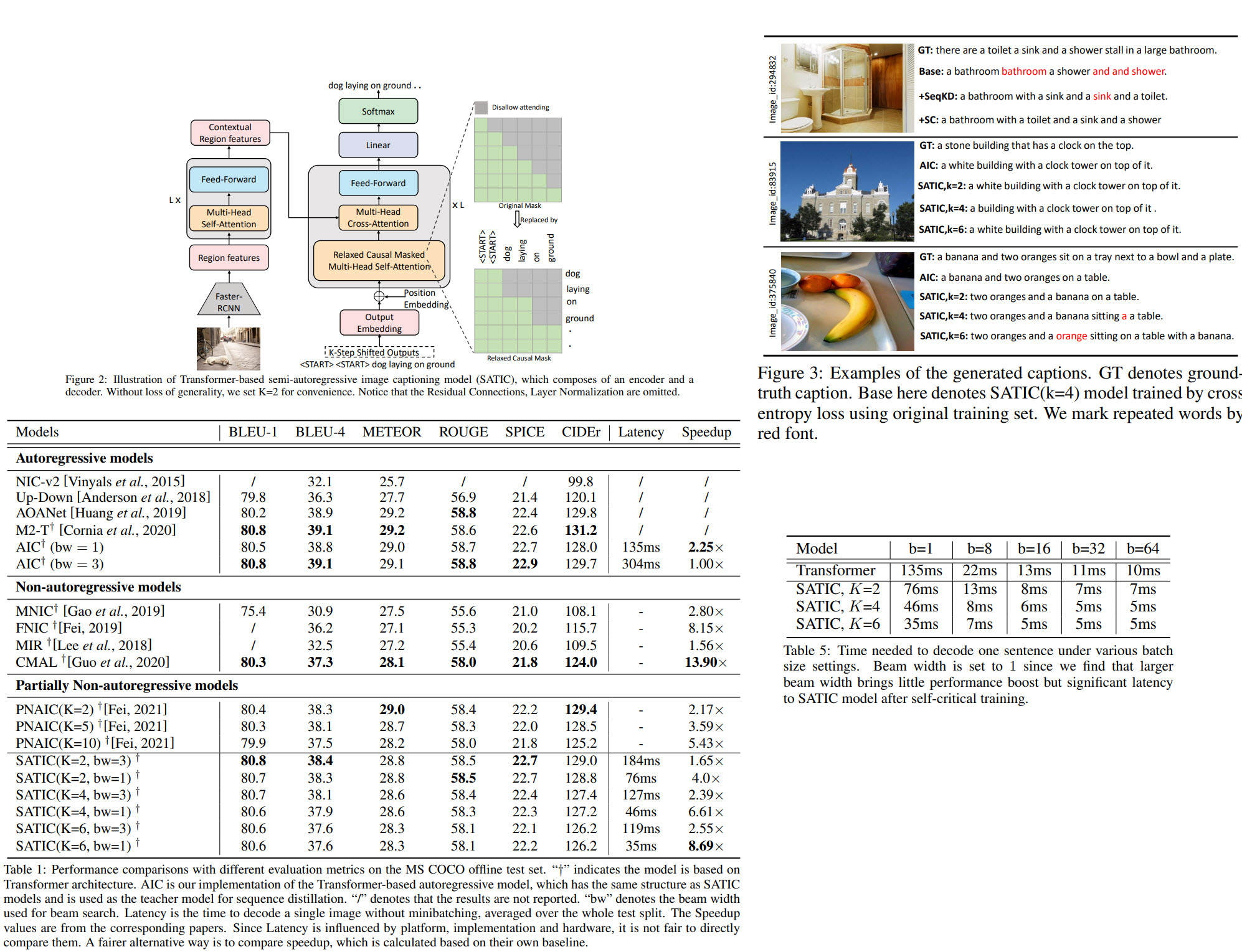 Current state-of-the-art image captioning models use autoregressive decoders - they generate one word after another, which leads to heavy latency during inference. Non-autoregressive models predict all the words in parallel, but they suffer from quality degradation due to their design. The authors suggest a semi-autoregressive approach to image captioning to improve a trade-off between speed and quality. Experiments on MSCOCO show that SATIC can do it “without bells and whistles”. 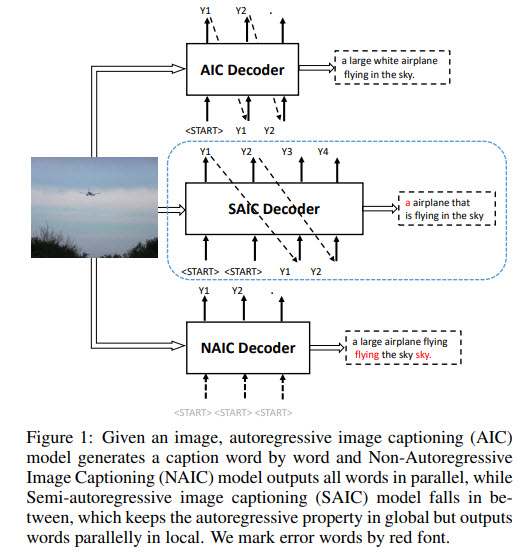 The main idea is to consider a sentence as a series of concatenated word groups, and each word in a group is predicted in parallel. 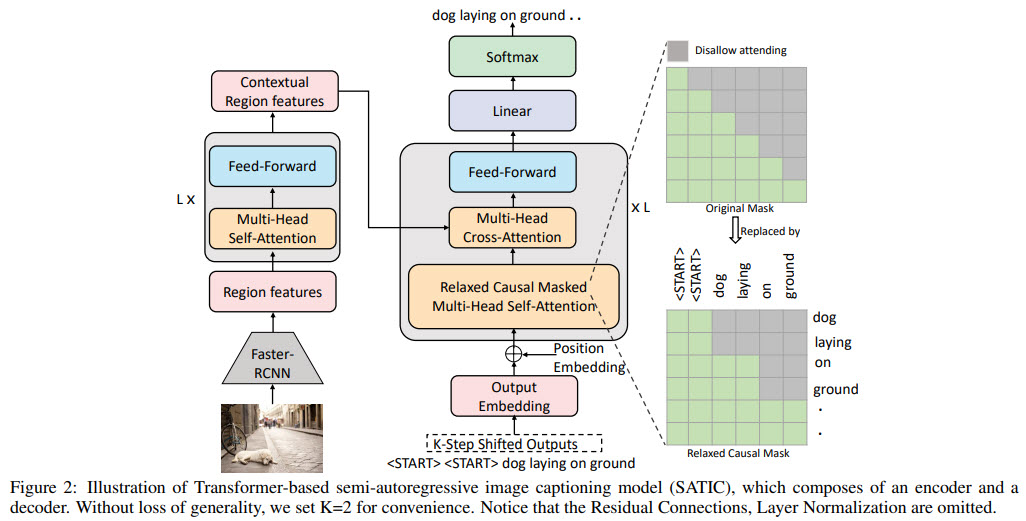 The encoder takes the features extracted by a pre-trained Faster-RCNN and generates a visual context representation. It consists of L layers (multi-head self-attention and position-wise feed-forward layer)

The model is trained in two stages. The first stage uses cross-entropy loss; at the second stage the model is fine-tuned using self-critical training.

In the gradient formula, R is the CIDEr score function, b is a baseline score. This baseline score is defined as the average reward of five samples. 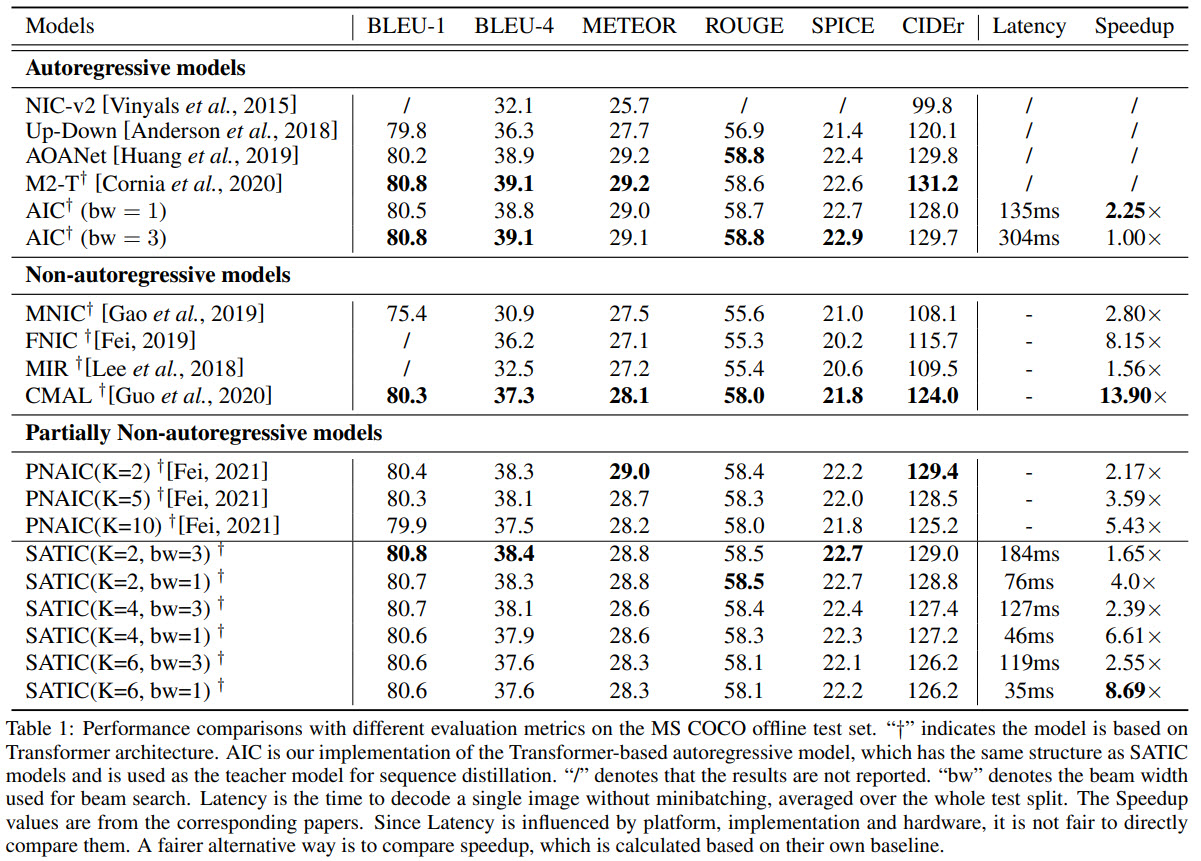 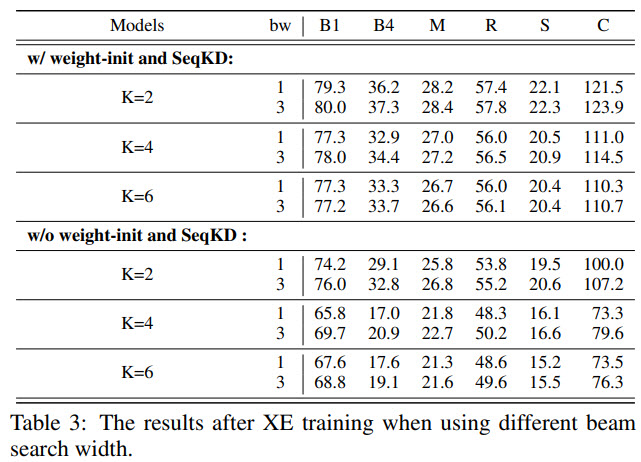 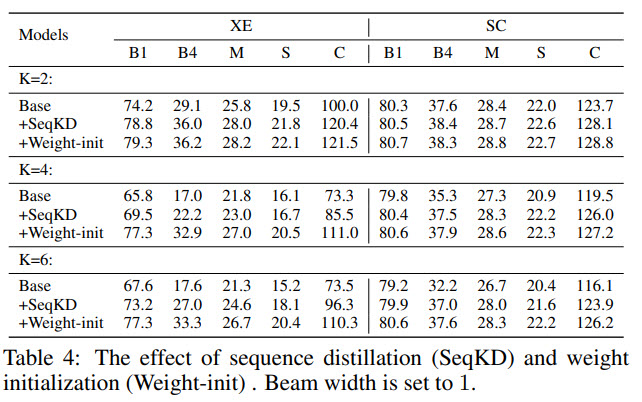 In some cases, SATIC generates fluid captions, but the problem of repeated words and incomplete content isn’t solved completely, especially at high K. 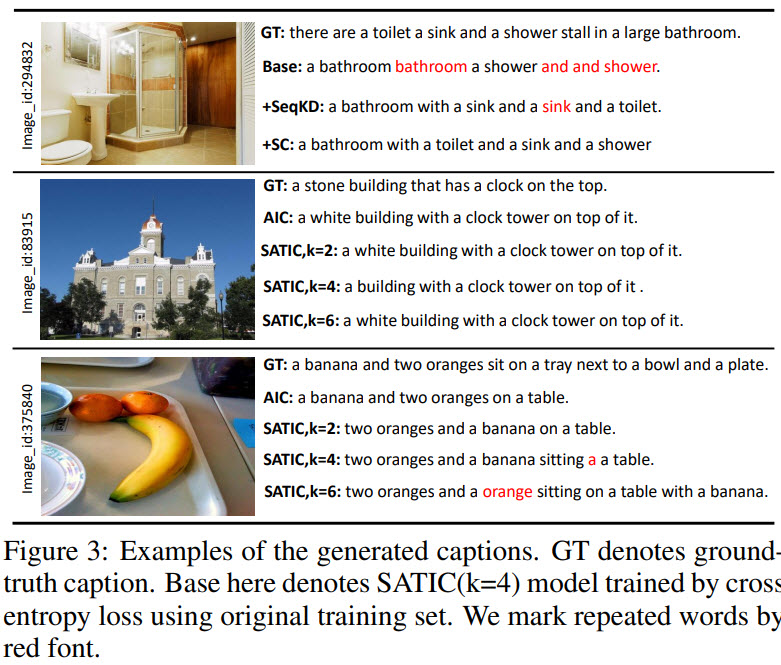