The authors use a model based on the Swin Transformers. Experimental results demonstrate that SwinIR outperforms state-of-the-art methods on different tasks (image super-resolution, image denoising, and JPEG compression artifact reduction) by up to 0.14∼0.45dB, while the total number of parameters can be reduced by up to 67%.

Better and smaller models for all tasks. 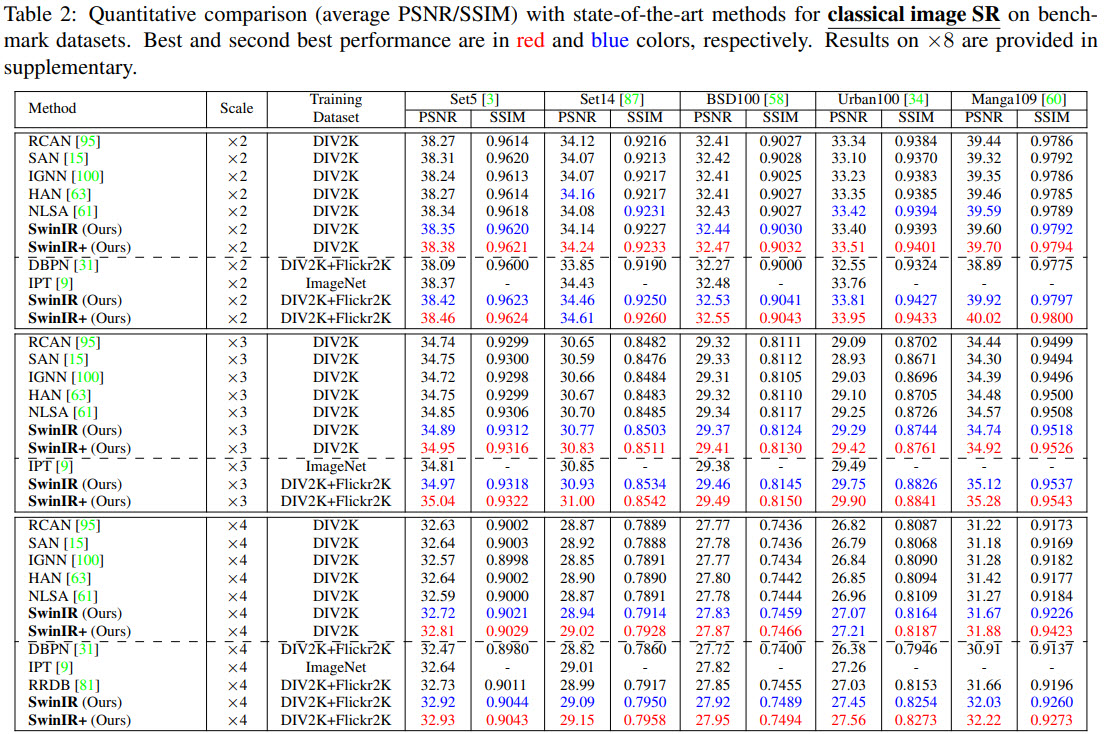 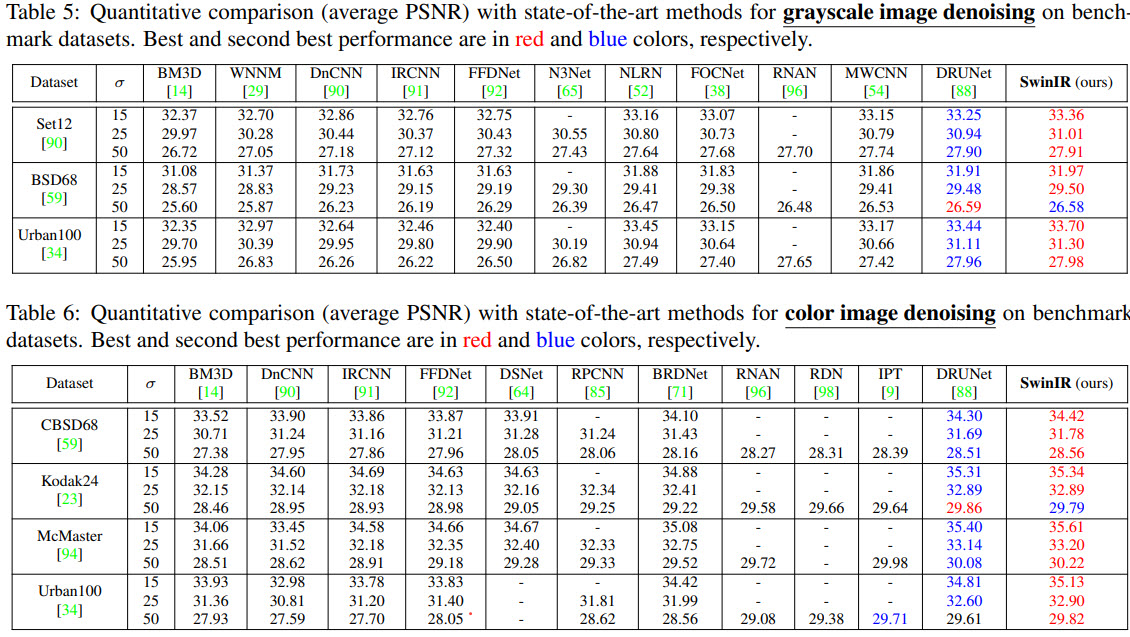