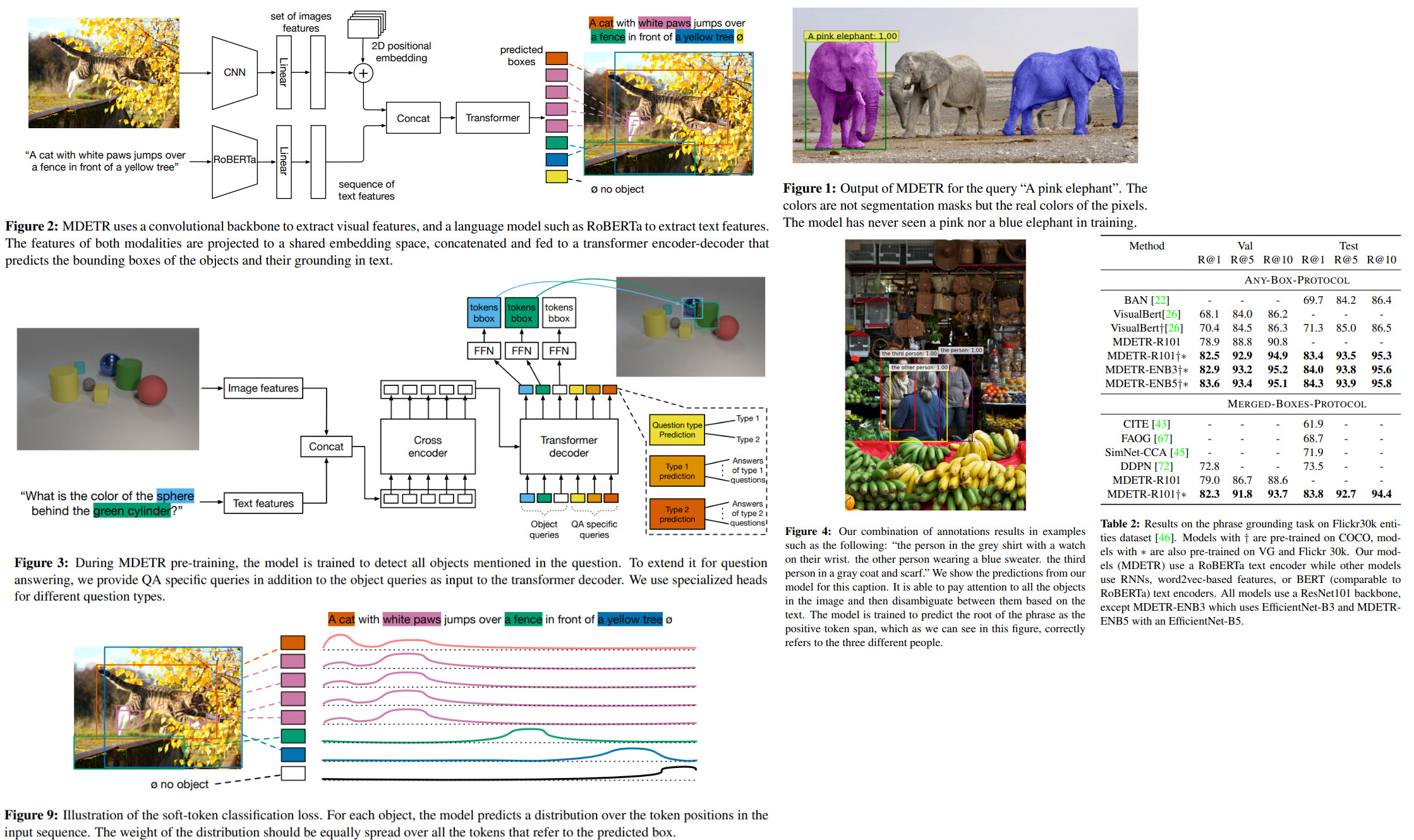 The authors present an end-to-end approach to multi-modal reasoning systems, which works much better than using a separate pre-trained decoder. Fine-tuning this model achieves new SOTA results on phrase grounding, referring expression comprehension, and segmentation tasks. The approach could be extended to visual question answering. Furthermore, the model is capable of handling the long tail of object categories.

MDETR is based on DETR; you can read my review on it here.

MDETR takes only free-form text and aligned boxes as input, and, as a result, it can detect nuanced concepts from the text and generalize to new combinations of categories and attributes.

We are interested in predicting spans of texts (and not classes) for detected objects for modulated detections.

The idea is the following: 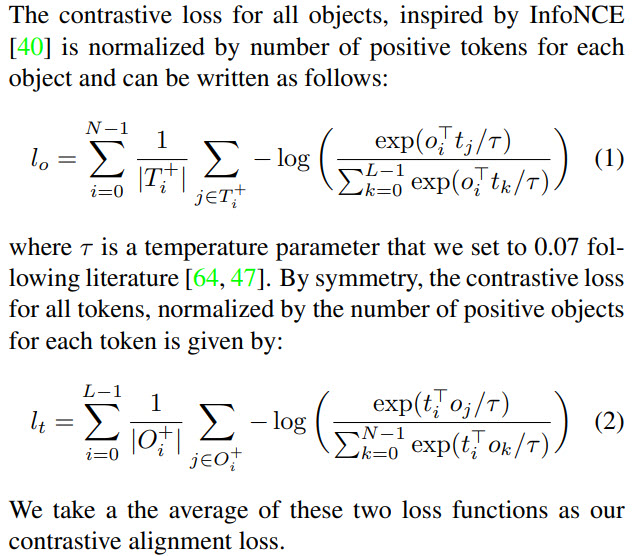 While the previous loss used positional information to align objects to the texts, this loss uses embedded representations of objects and texts to align them.

The authors perform two separate groups of experiments: on synthetic data from the CLEVER dataset and then on real-world images.

This dataset is quite simple for visual understanding, but the questions themselves can be quite complex. There are no bounding boxes in this dataset, so the authors use scene graphs to make them and utilize only the objects referred to in the question.

CLEVR-Humans - a dataset with human-generated questions, so it tests models in a zero-shot setting.

CLEVR-REF+ - a dataset for expression comprehension. Their model achieves 100% accuracy. 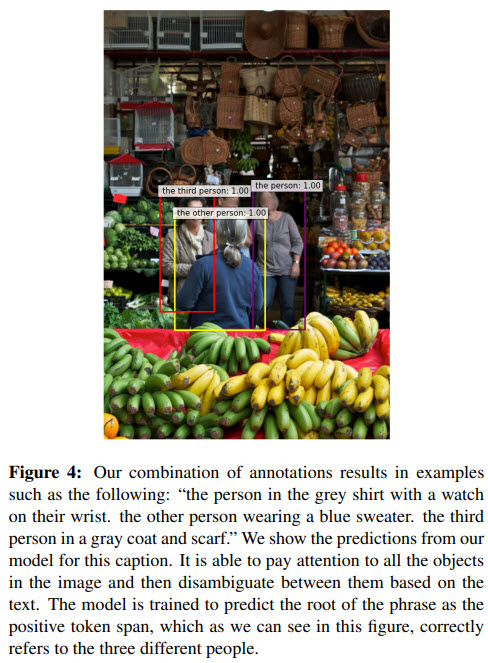 The authors make their own dataset for pre-training using data from Flickr30k, MS COCO, Visual Genome. In total, the dataset has 1.3M aligned image-text pairs. 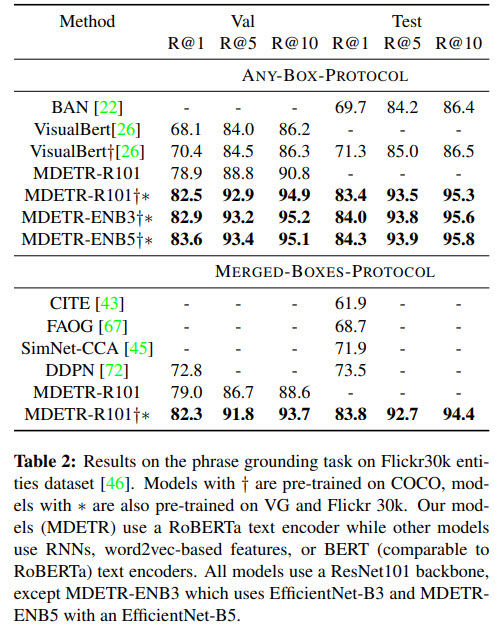 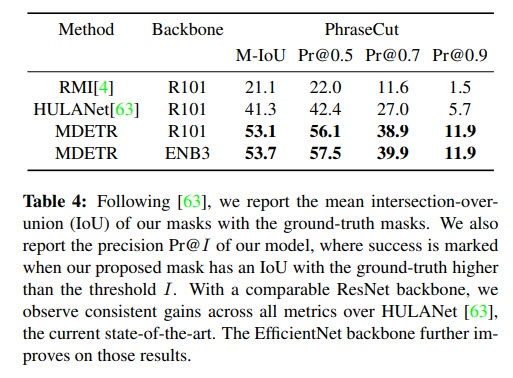 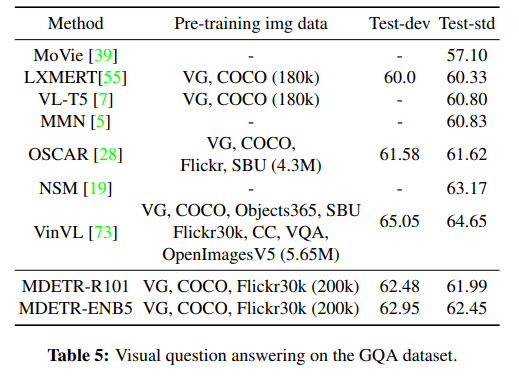 The authors try few-shot learning, where the model uses only a fraction of a dataset. 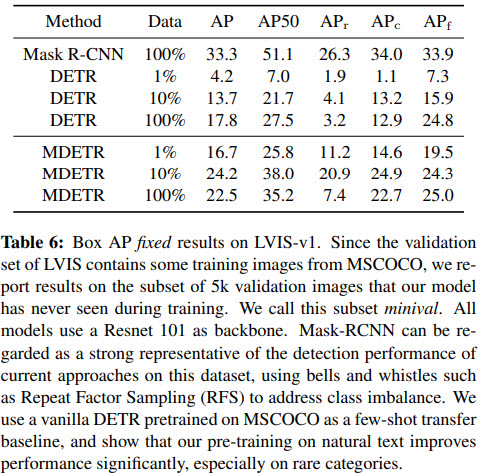 An example of the output:

The paper has appendixes with rich information on the datasets and the training.