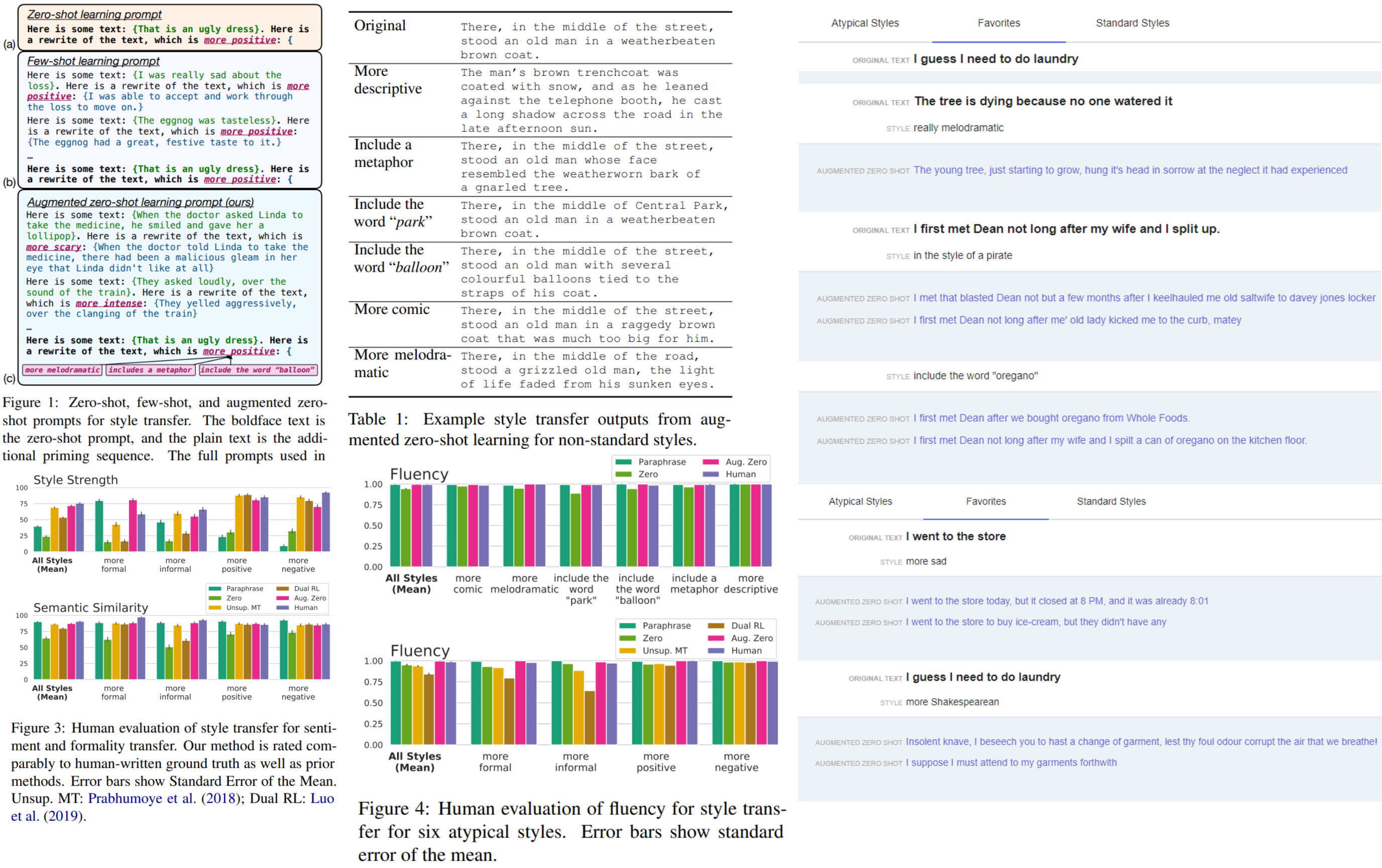 In this paper, the authors present a new approach prompting method called augmented zero-shot learning, which frames style transfer as a sentence rewriting task and requires only natural language instruction, without model finetuning or exemplars in the target style.

This approach is simple and works very well both on standard style transfer tasks and on arbitrary transformations such as “make this melodramatic” or “insert a metaphor.” 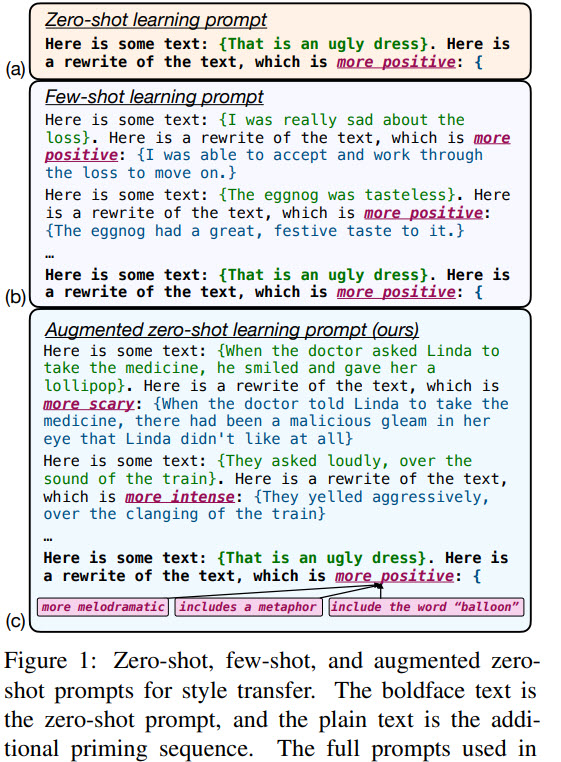 Large language models are trained only for continuation, but recently many approaches showed that it is possible to perform other NLP tasks by expressing them as prompts that encourage the model to output the desired answer as the continuation. 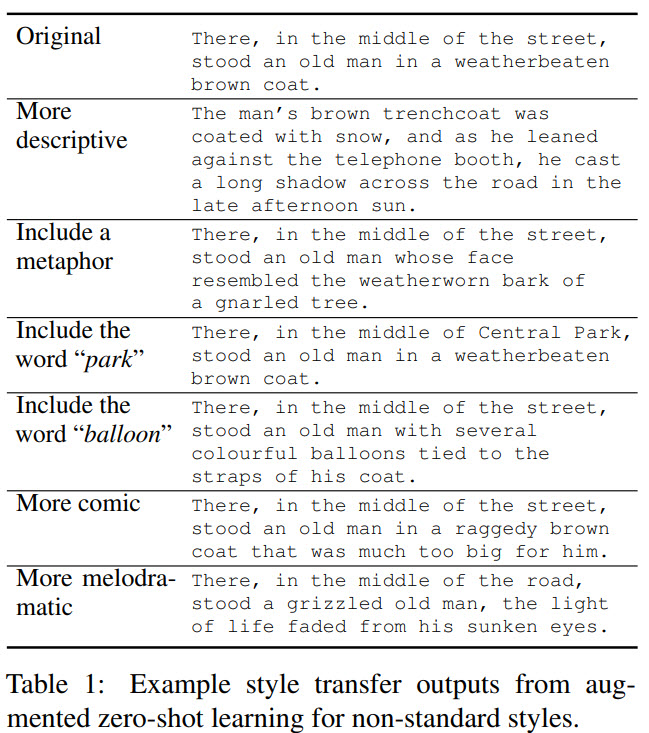 The authors use six non-standard style transfer tasks, that were among the most popular style adjustments in Google’s AI-assisted text editor. Demo link Paper link

The models are evaluated on the Reddit Writing Prompts validation set using human evaluation; they are also evaluated for sentiment and formality style transfer on the standard datasets.

There are few details about the model itself. The authors use two models, both left-to-right decoder-only transformer language models with a non-embedding parameter count of 137B:

The authors also wanted to show that their approach can be used with other language models and performed an experiment with GPT-3.

For LLM-Dialog, the prompt is formulated as a conversation between one agent requesting rewrites and another performing the rewrites. 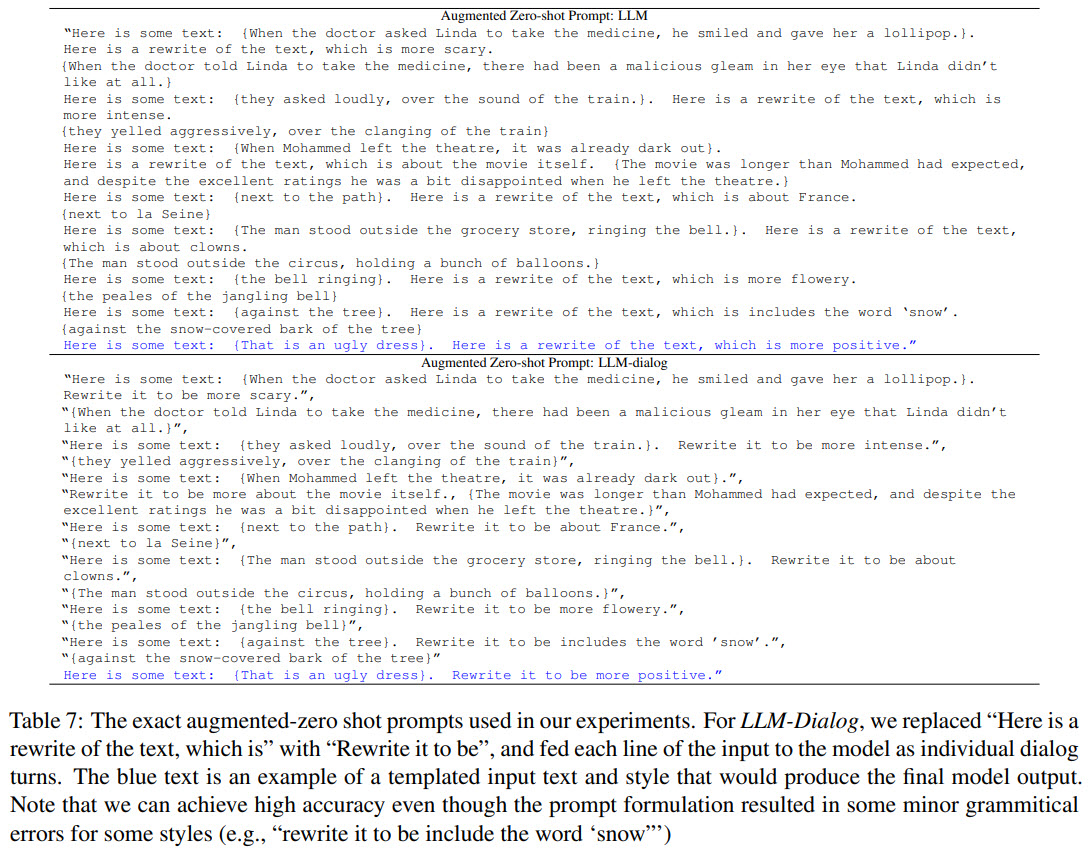 The quality of the outputs of the model is on par with human-written ground truth. 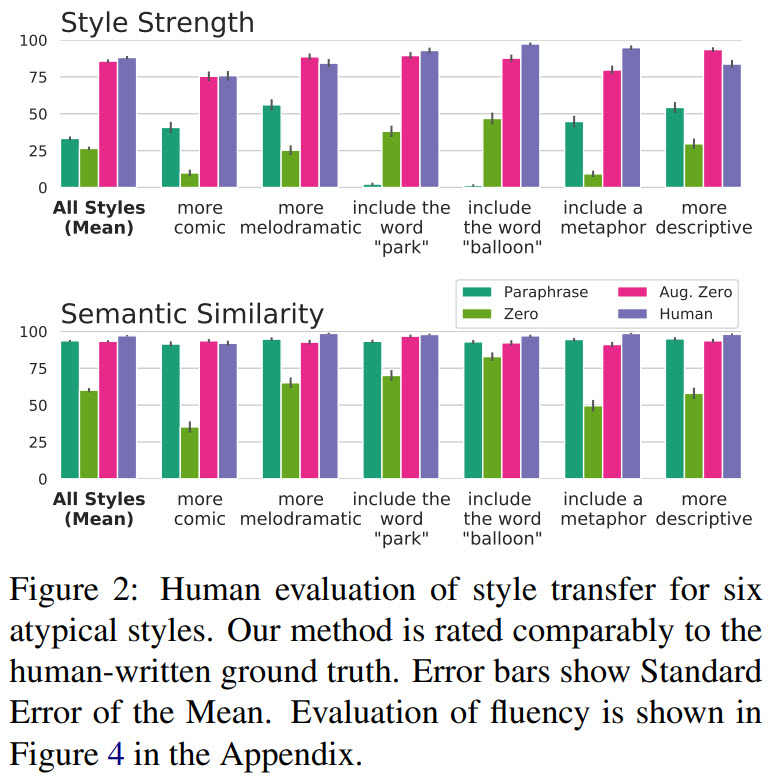 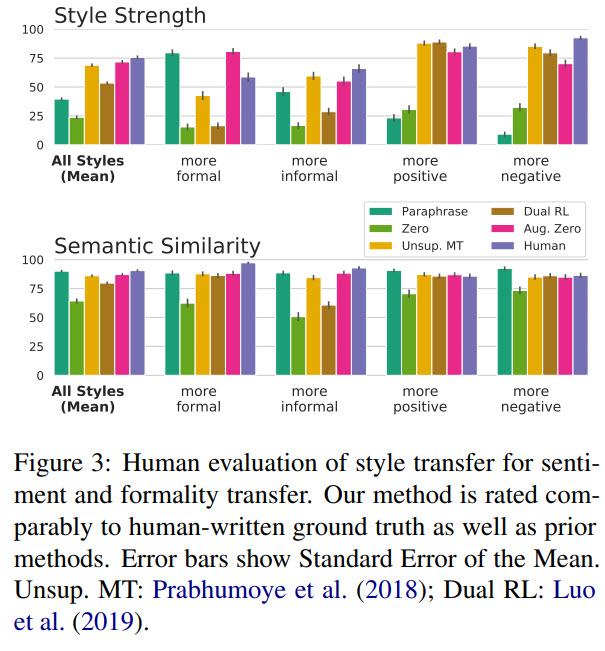 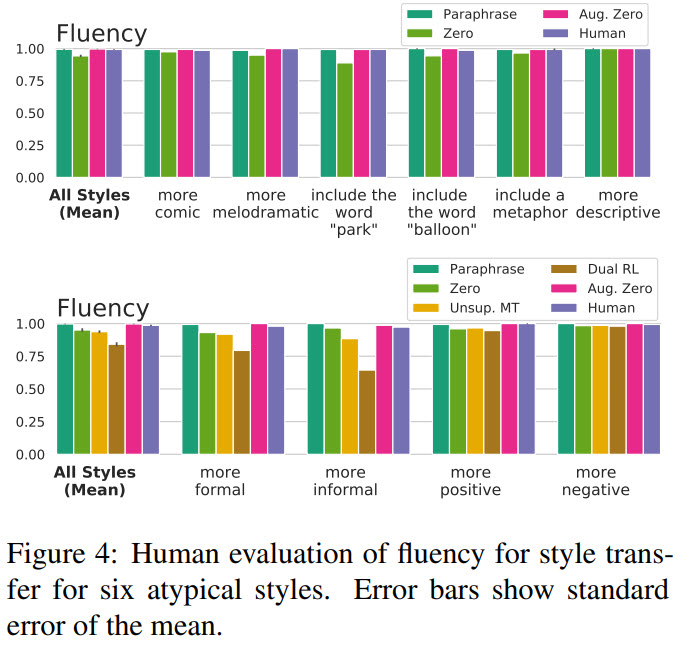 I really like this paper! The idea of a completely arbitrary text style transfer is fantastic, and the outputs’ quality is quite good. And it was interesting to read about the model’s limitations, as often the authors simply praise their approach without discussing possible problems with it.