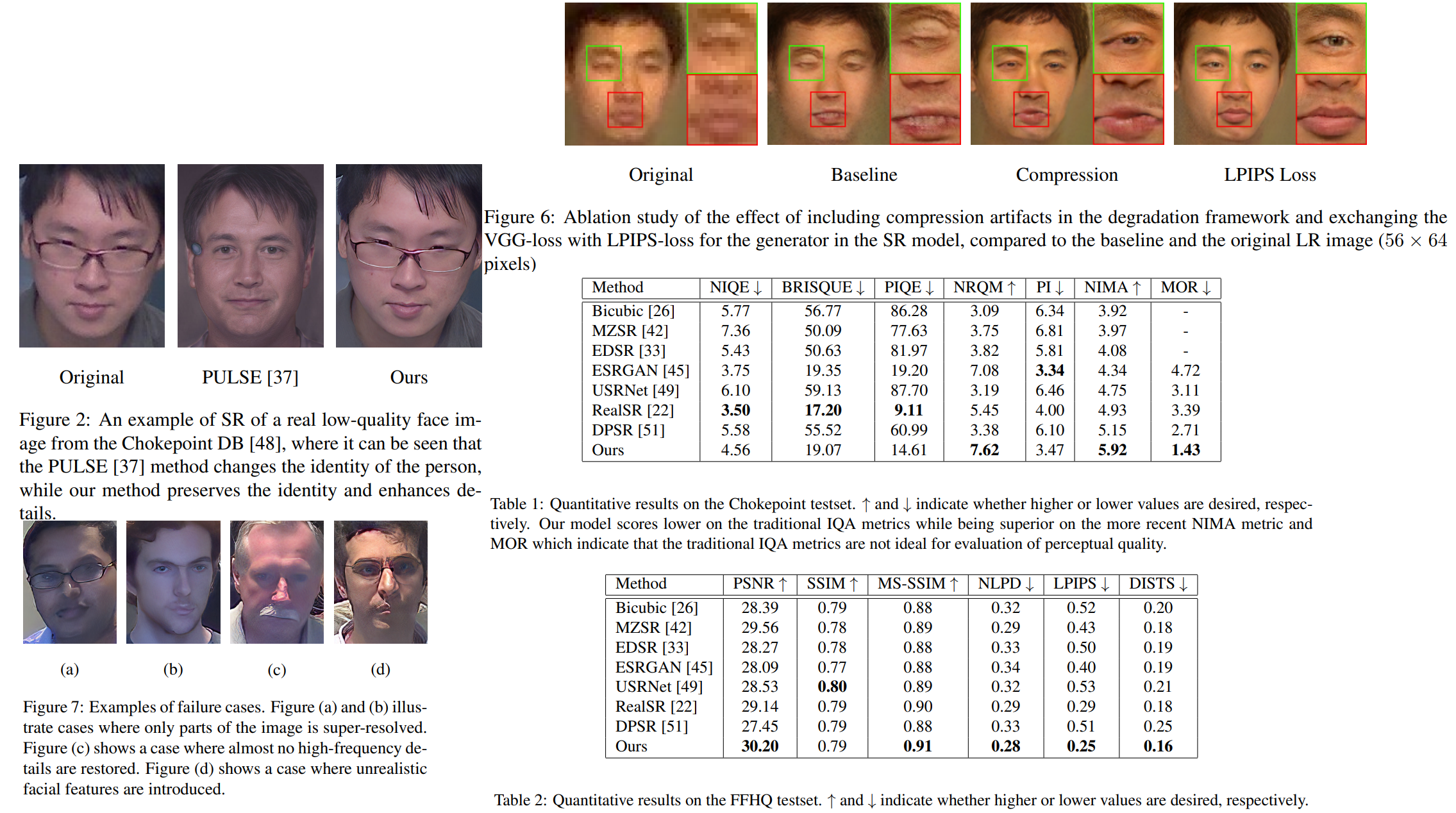 I think that it is crucial for people to know how good are the technologies concerning surveillance. Most SR methods are trained on LR (low resolution) data, which is downsampled from HR (high resolution) data using bicubic interpolation, but real-life LR images are usually different, so models work worse on them. In this paper, the authors do the following:

Usually, LR image is a result of a downscaling operation using some kernel and a scaling factor. The authors suggest using blur kernel, noise, and compression artifacts.

Replace VGG loss with LPIPS-loss for the generator to produce less noise and richer textures. This works because VGG is mainly for classification, but LPIPS is trained to score image patches based on human perceptual similarity judgments.

Examples of the results 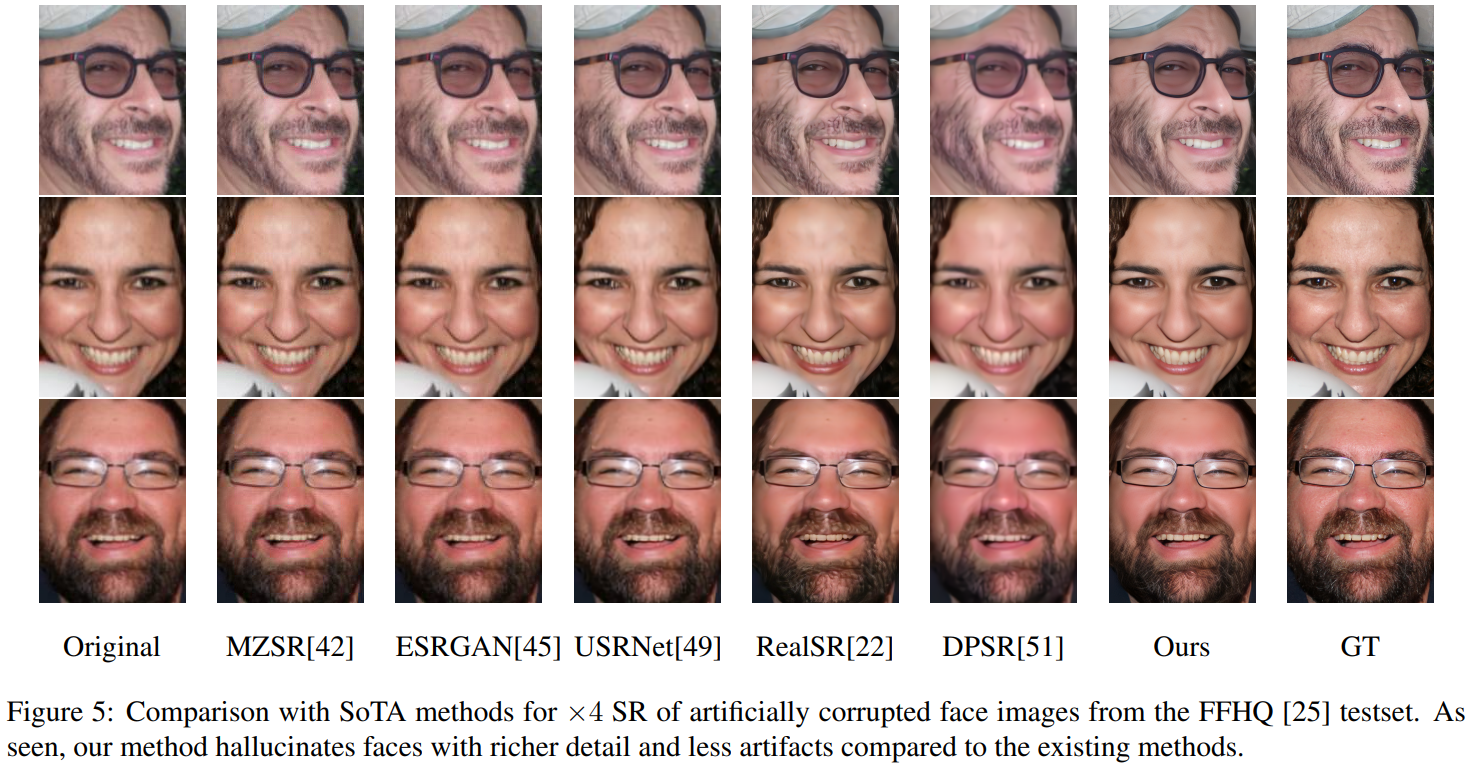 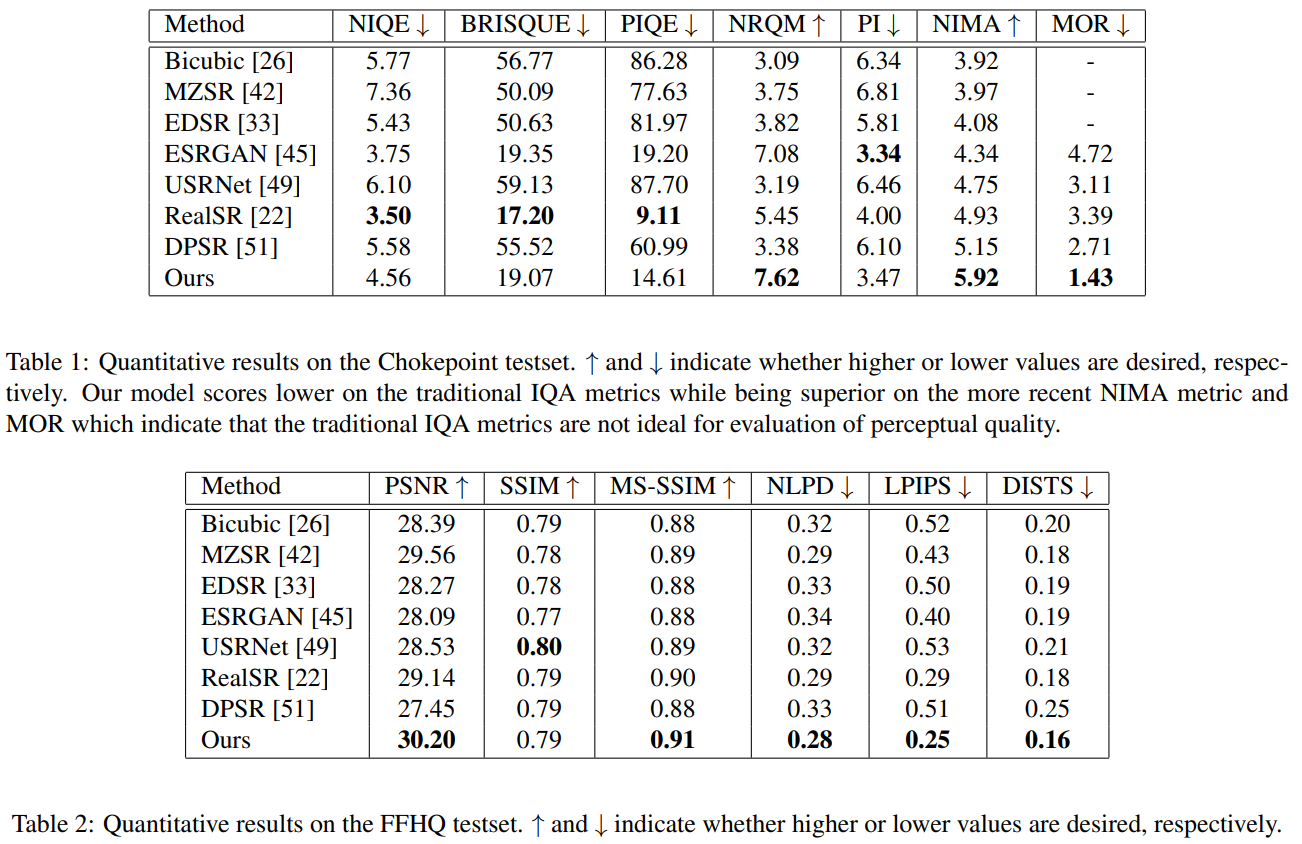 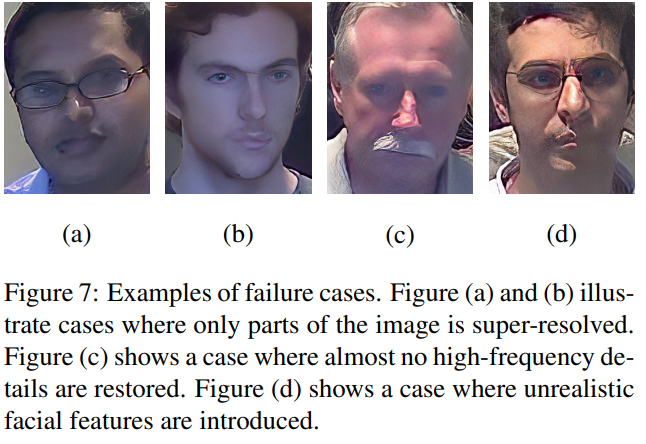 Some of experiments weren’t clearly described and they “played” with the datasets. But I liked that they described the failure cases. In general this was an interesting paper